CHANDIGARH: The BJP government, led by Manohar Lal Khattar, is following in the footsteps of the previous Congress government by appointing retired “blue-eyed” bureaucrats to plum posts. 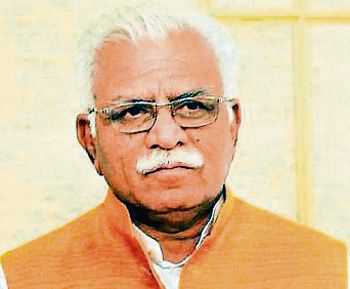 The BJP government, led by Manohar Lal Khattar, is following in the footsteps of the previous Congress government by appointing retired “blue-eyed” bureaucrats to plum posts.

After resisting the temptation of post-retiral rehabilitation of former IAS and IPS officers for nearly three years after assuming office on October 26, 2014, the Khattar government seems to have succumbed to the pressure of the powerful bureaucratic lobby.

The latest case is of former Chief Secretary DS Dhesi, who has been given the plum post of Chairman of the Haryana State Electricity Commission.

During the 10-year tenure of former Chief Minister Bhupinder Singh Hooda, the state government had appointed a number of retired bureaucrats to plum posts, including constitutional posts. So much so that at least six chief secretaries, who retired during Hooda’s tenure, were rehabilitated after retirement.

The rehabilitation on key posts entitles the bureaucrats to retain government accommodation and perks.