LUDHIANA: In order to cope with the spurt in passenger traffic during the ongoing festival season, Northern Railways have announced extension of two more festival trains. 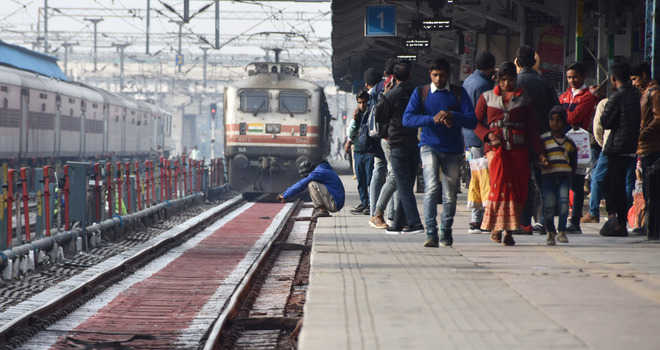 Passengers wait for a train at the Ludhiana railway station. File photo

In order to cope with the spurt in passenger traffic during the ongoing festival season, Northern Railways have announced extension of two more festival trains. The extended festival special trains would operate weekly between Jammu Tawi-Jhansi and Jammu Tawi-Kanpur Central.

The 04193/94 Jhansi-Jammu Tawi Weekly Special Express train would run from October 11 to December 12.

The other special weekly train to have an extended run from October 23 to November 28 is 04111/12 Kanpur Central to Jammu Tawi.

In the return direction, the 04112 train would leave Jammu Tawi on every Thursday at 10.10 pm and reach Kanpur Central at 6.55 pm the next day.