CHANDIGARH: Three unidentified miscreants robbed a jewellery store at gunpoint in Sector 44 this evening. While sources claimed jewellery worth crores of rupees was robbed, the police are yet to confirm it. 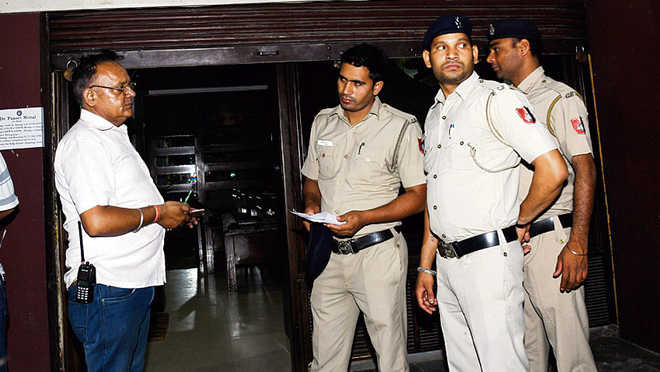 Three unidentified miscreants robbed a jewellery store at gunpoint in  Sector 44 this evening. While sources claimed jewellery worth  crores of rupees was robbed, the police are yet to confirm it.

The police received information about the incident around 9 pm.

The sources said three persons, aged around 30 and two of them carrying guns,  walked into the jewellery store. Before the victim, Harshdeep Bedi (47), could understand anything, they tied his hands and feet. They thrashed him and looted the cash and jewellery  items lying in the store.

The miscreants escaped from the spot after closing the shutter of the  jewellery store from outside. The sources said a passerby heard shrieks and informed the police.

Police teams rushed to the spot and initiated an investigation. They recorded the victim’s statement. Two of the robbers had their faces covered, the sources said.

A case has been registered at the Sector 34 police station.