Row erupts over no Dogri in upgraded schools

JAMMU: The school education department’s move not to introduce Dogri language in the newly upgraded higher secondary schools of the state has triggered a major controversy, with scholars and students upping the ante against, what they alleged, “a deliberate attempt to erase Dogra identity” from Jammu and Kashmir. 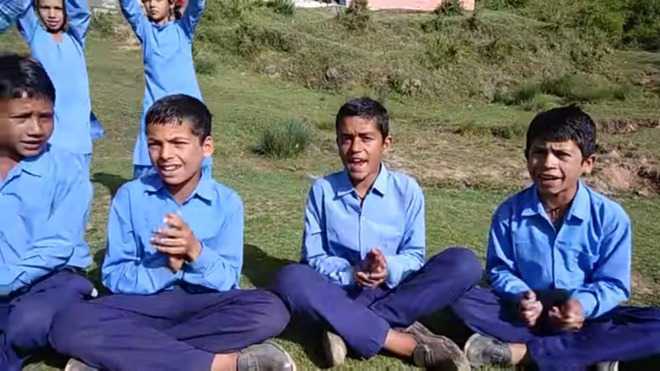 The school education department’s move not to introduce Dogri language in the newly upgraded higher secondary schools of the state has triggered a major controversy, with scholars and students upping the ante against, what they alleged, “a deliberate attempt to erase Dogra identity” from Jammu and Kashmir.

According to scholars and students, the government had recently upgraded over 100 schools to the level of higher secondary, but the Dogri language was not introduced as one of the teaching subjects in these.

“With the new schools, there are over 400 higher secondary schools across the Jammu region, but the Dogri language is being taught in only 8-10 institutes. No post of lecturer or teacher has been created in the upgraded schools to teach Dogri. This is not only utter discrimination but cultural aggression on the Dogra identity,” claimed Kailash Mohan Sharma, a Dogri scholar.

Pertinently, Dogri was recognised as an official language and it was included in the Eighth Schedule of the Constitution on December 22, 2003.

On April 2 last year, the state’s High Court while disposing of a PIL had directed strict implementation of a government order regarding teaching Dogri and other regional languages in all schools across the state without any discrimination.

The education department had committed that Kashmiri, Dogri, Punjabi and Bodhi would be taught as one of the compulsory subjects from Class VI to VIII in such areas where such languages were spoken as mother tongue in Jammu, Kashmir and Ladakh provinces.

Bhupinder Singh, another scholar of Dogri language, said, “Over 300 students and scholars complete their postgraduate, MPhil and PhD courses in the Jammu region, but they don’t get employment because of the government’s discriminatory approach”.

The doyen of Dogri poetry, Padma Sachdev, who was recently elected fellow of the National Sahitya Akademi, felt pained to look back at Jammu, the Dograland, where the language was fast diminishing.

“It is quite painful that the Dogri language is losing its importance. Though mothers of the region need to be blamed for keeping their children away from the language, our political representatives are squarely responsible for it. Dogri has been subjected to utter discrimination,” the 72-year-old writer said.

Lalit Magotra, president, Dogri Sanstha Jammu, said it was “a long-drawn strategy of those at the helm of affairs to erase the Dogra identity which they want to achieve by not teaching the Dogri language in the primary and secondary level schools”.

“After widespread protests, the government had created 44 posts of Dogri teachers in degree colleges two-three years back but non-creation of posts at the higher secondary level is an attempt to scuttle the scheme of teaching Dogri at the college level. They are basically targeting Dogra identity which will not be tolerated,” Magotra said.