SAD to go it alone

CHANDIGARH: Hours after the BJP inducted Kalanwali MLA Balkaur Singh into the party, the Shiromani Akali Dal (SAD) today announced that it will contest the Assembly elections in Haryana on its own. 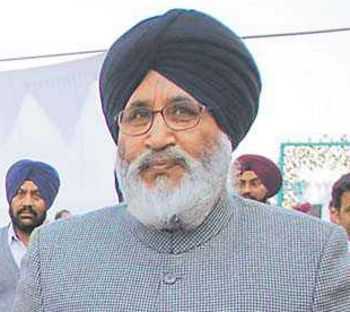 Hours after the BJP inducted Kalanwali MLA Balkaur Singh into the party, the Shiromani Akali Dal (SAD) today announced that it will contest the Assembly elections in Haryana on its own.

Terming the move as unethical, the SAD stressed the development could affect the relations between the two parties.

Balkaur Singh had won the Kalanwali seat on the SAD ticket in 2014. The party was demanding Kalanwali among the 10-odd seats for a possible tie-up with the BJP.

“The SAD core committee has decided that it will contest the elections in Haryana on its own. Describes the induction of sitting MLA Balkaur Singh into the BJP as unethical (sic),” tweeted SAD spokesperson Dr Daljit Singh Cheema.