Saif Ali Khan yells at paparazzi for clicking son Taimur: No, you are not supposed to do that

MUMBAI: Saif Ali Khan and Kareena Kapoor''s son Taimur is an online sensation and paparrazi''s favourite, but the constant media glare on the two-year-old kid bothers the parents. 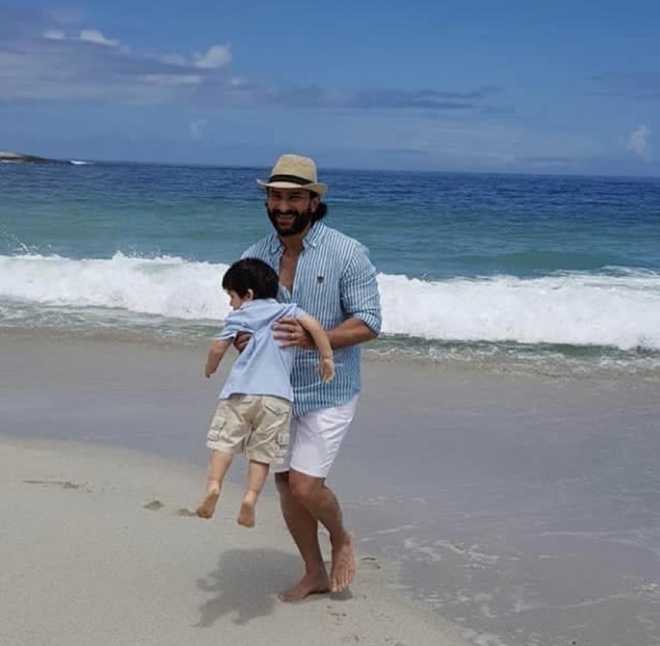 Saif Ali Khan and Kareena Kapoor's son Taimur is an online sensation and paparrazi's favourite, but the constant media glare on the two-year-old kid bothers the parents.

A video of Saif scolding shutterbugs is doing the rounds on the Internet. In the clip, Saif is seen giving Taimur a piggy ride and walking towards the media, and can be heard saying: "No, no not outside the house please, like we promised. No, enough, you are not supposed to do that."

While Taimur was seen smiling and waving at the photographers.

Saif had earlier expressed concern over the growing paparazzi culture in India. He wondered how people could be so interested in Taimur's life.

"The media's constant attention to him does not really bother me, but it would be better if it was not there. If the media likes it, people like it, I am okay with it. But I won't be interested in someone else's kids so much. On one level, it is nice that he makes people laugh and smile, but on another level, why is so much attention given to a kid? Why are we so interested in a little kid? I don't undertstand," Saif told IANS a while back. — IANS