LOS ANGELES: Heating up of the Indian Ocean can have far-reaching global climate impacts by accelerating one of the planet''s largest water circulation systems connecting the warmer and colder parts of the world''s seas, according to a study. 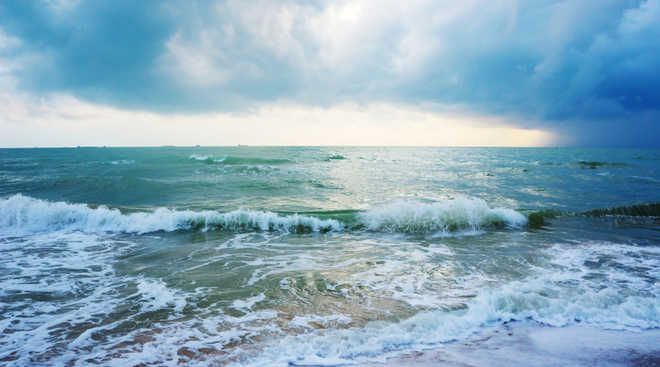 Heating up of the Indian Ocean can have far-reaching global climate impacts by accelerating one of the planet's largest water circulation systems connecting the warmer and colder parts of the world's seas, according to a study.

The Atlantic meridional overturning circulation, or AMOC, is responsible for moving warm, salty water from the tropics to the northern part of the world like Western Europe, and sending colder water to the South, noted the study.

While scientists have been trying to understand if the AMOC is slowing down—a development that could have dramatic consequences for Europe—by making it severely colder—the current study suggests that the Indian Ocean may be helping maintain its speed.

According to the study, published in the journal Nature Climate Change, scientists were concerned if the AMOC was slowing down based on data from the last 15 years.

Researchers of the current study led by Shineng Hu of the University of California-San Diego in the US, say that it is not known if the slowing is the result of global warming, or if it is only a short-term natural anomaly.

"There is no consensus yet," said co-author Alexey Fedorov of Yale University.

"I think the issue of AMOC stability should not be ignored. The mere possibility that the AMOC could collapse should be a strong reason for concern in an era when human activity is forcing significant changes to the Earth's systems," he added.

The last time the AMOC weakened substantially, Fedorov said, was 15,000 to 17,000 years ago. He cautioned that it had global impacts.

"We would be talking about harsh winters in Europe, with more storms or a drier Sahel in Africa due to the downward shift of the tropical rain belt, for example," he said.

Fedorov and Hu looked at the Indian Ocean's role in the process as it was one of the fingerprints of global warming, the study noted.

"Warming of the Indian Ocean is considered one of the most robust aspects of global warming," said Hu.

The researchers found a series of cascading effects stretching from the Indian Ocean all the way over to the Atlantic.

They found that as the warming of the Indian Ocean gathers pace, it generated additional precipitation which in turn, drew more air from other parts of the world, including the Atlantic.

The researchers noted that with increased rainfall in the Indian Ocean, the precipitation in the Atlantic Ocean would reduce.

They added that this would lead to lesser dilution of the Atlantic, and hence higher salinity in the waters of the tropical regions of the ocean.

The saltier water, the study noted, would get cold much quicker than usual, and sink faster as it came in contact with the AMOC currents from the North.

"This would act as a jump-start for AMOC, intensifying the circulation," Fedorov said.

The researchers, however, added that it is unknown how long the Indian Ocean warming would continue.

For this reason, we need to closely monitor the state of the tropical Indian Ocean, and better understand how it will respond to future climate change, Hu noted in an email to PTI "It is critical to both the future projection of AMOC and global climate," Hu said.

Federov cautioned that if other tropical oceans' warming, especially the Pacific, caught up with the Indian Ocean, AMOC's advantage may stop. — PTI