NEW YORK: Excessive smartphone use may lead to personal, social and workplace problems, according to a new study that found that women are especially susceptible to addiction. 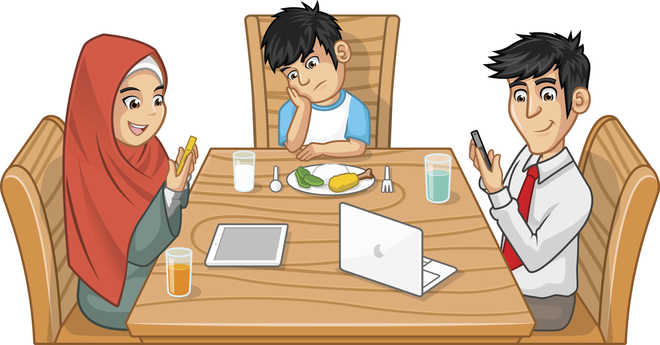 Excessive smartphone use may lead to personal, social and workplace problems, according to a new study that found that women are especially susceptible to addiction.

"Our smartphones have turned into a tool that provides short, quick, immediate satisfaction, which is very triggering," said Isaac Vaghefi, assistant professor at Binghamton University-State University of New York.

"Our neurons get fired and dopamine is being released, and over time this makes us acquire a desire for quick feedback and immediate satisfaction," said Vaghefi.

"This process also has contributed to developing shorter attention spans and being more and more prone to boredom," he said.

Researchers recently surveyed 182 college students and asked them to report their daily routine of smartphone usage.

Based on the analysis of the responses, they classified the user as one of the following types: Thoughtful, Regular, Highly Engaged, Fanatic and Addict.

"While self-identified 'addict' users were in the minority, I predict technology addiction will increase as technology continues to advance and application, game and gadget developers find new ways to ensure users' long term engagement with technology," said Vaghefi.

The research was published in Information Systems Journal. — PTI