Soft robot that grows like vines may aid rescue operations

BOSTON: Stanford scientists have developed a new soft robot equipped with cameras that can ‘grow’ like a vine into tiny nooks and crevices to look for people trapped in the rubble of a collapsed building. 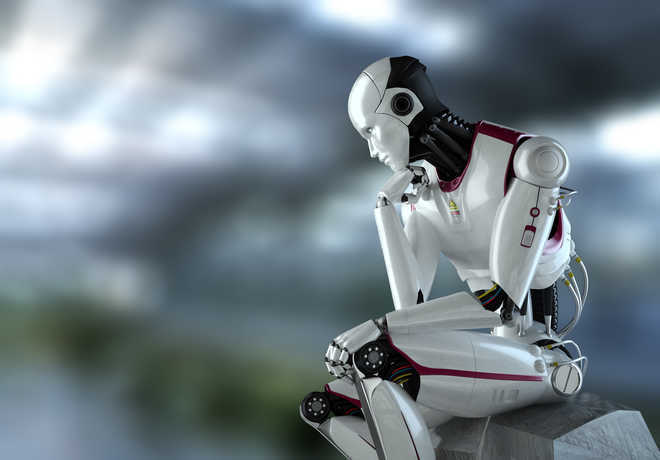 Stanford scientists have developed a new soft robot equipped with cameras that can ‘grow’ like a vine into tiny nooks and crevices to look for people trapped in the rubble of a collapsed building.

The robot is inspired by natural organisms that cover distance by growing – such as vines, fungi and nerve cells.

“Essentially, we’re trying to understand the fundamentals of this new approach to getting mobility or movement out of a mechanism,” said Allison Okamura, professor at the Stanford University in the US.

To investigate what their robot can do, the group created prototypes that move through various obstacles, travel toward a designated goal, and grow into a free-standing structure.

The robot could serve a wide range of purposes, particularly in the realms of search and rescue and medical devices, the researchers said.

The robot is a tube of soft material folded inside itself, like an inside-out sock, that grows in one direction when the material at the front of the tube everts, as the tube becomes right-side-out.

In the prototypes, the material was a thin, cheap plastic and the robot body everted when the scientists pumped pressurised air into the stationary end. In other versions, fluid could replace the pressurised air.

“The body lengthens as the material extends from the end but the rest of the body doesn’t move,” said Elliot Hawkes, a visiting assistant professor from the University of California, Santa Barbara.

“The body can be stuck to the environment or jammed between rocks, but that doesn’t stop the robot because the tip can continue to progress as new material is added to the end,” Hawkes said.

The group tested the benefits of this method for getting the robot from one place to another in several ways.

It grew through an obstacle course, where it travelled over flypaper, sticky glue and nails and up an ice wall to deliver a sensor, which could potentially sense carbon dioxide produced by trapped survivors.

It successfully completed this course even though it was punctured by the nails because the area that was punctured did not continue to move and, as a result, self-sealed by staying on top of the nail.

In other demonstrations, the robot lifted a 100- kilogramme crate, grew under a door gap that was 10 per cent of its diameter and spiralled on itself to form a free- standing structure that then sent out a radio signal.

The robot also manoeuvred through the space above a dropped ceiling, which showed how it was able to navigate unknown obstacles as a robot like this might have to do in walls, under roads or inside pipes.

Further, it pulled a cable through its body while growing above the dropped ceiling, offering a new method for routing wires in tight spaces.

“The applications we’re focusing on are those where the robot moves through a difficult environment, where the features are unpredictable and there are unknown spaces,” said Laura Blumenschein, a graduate student in the Okamura’s lab.

The research was published in the journal Science Robotics. — PTI

The WHO Director-General says he also discussed with Mandavi...

What caused devastating rains in Uttarakhand, Kerala at this time of year?