Himalayas were born 47 mn years ago

SYDNEY/ WASHINGTON: An international team of scientists has discovered the first oceanic microplate in the Indian Ocean— identifying when the initial collision between India and Eurasia occurred leading to the birth of the Himalayas. 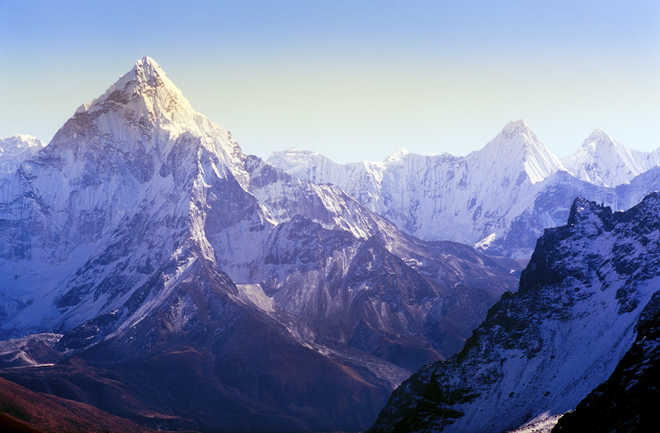 An international team of scientists has discovered the first oceanic microplate in the Indian Ocean— identifying when the initial collision between India and Eurasia occurred leading to the birth of the Himalayas.

The team of Australian and US scientists believe the collision occurred 47 million years ago when India and Eurasia initially smashed into each other.

Although there are at least seven microplates known in the Pacific Ocean, this is the first ancient Indian Ocean microplate to be discovered.

"The age of the largest continental collision on Earth has long been controversial. Knowing this age is particularly important for understanding the link between the growth of mountain belts and major climate change," said lead author Dr Kara Matthews from University of Sydney's school of geosciences.

Radar beam images from an orbiting satellite have helped put together pieces of this plate tectonic jigsaw and pinpointed the age for the collision, whose precise date has divided scientists for decades.

The new research shows that 50 million years ago, India was travelling northwards at speeds of some 15 cm a year — close to the plate tectonic speed limit.

Soon after, it slammed into Eurasia crustal stresses along the mid-ocean ridge between India and Antarctica intensified to breaking point.

The crustal stresses caused by the initial collision cracked the Antarctic Plate far away from the collisional zone and broke off a fragment the size of Australia's Tasmania in a remote patch of the central Indian Ocean.

"Dating this collision requires looking at a complex set of data but we have added a new observation which has not been previously used to unravel the birth of this collision," explained professor Dietmar Muller in a statement from University of Sydney.

The authors, including professor David Sandwell from Scripps Institution of Oceanography in the US, have named the ancient Indian microplate as the Mammerickx Microplate — after Dr Jacqueline Mammerickx, a pioneer in seafloor mapping.

The ongoing tectonic collision between the two continents produces geological stresses that build up along the Himalayas and leads to numerous earthquakes every year.

According to professor Sandwell, humans had explored and mapped remote lands extensively but the same was not true for our ocean basins.

"We have more detailed maps of Pluto than we do of most of our own planet because about 71 percent of the Earth's surface is covered with water," Sandwell added.

The advances in comparatively low-cost satellite technology are the key to charting the deep, relatively unknown abyssal plains, at the bottom of the ocean, he pointed out.

The paper was published in the journal Earth and Planetary Science Letters. — IANS