WASHINGTON: US space agency NASA has selected nine teams to study untouched samples collected from the Moon by the Apollo missions in the 1970s and carefully stored for nearly 50 years. 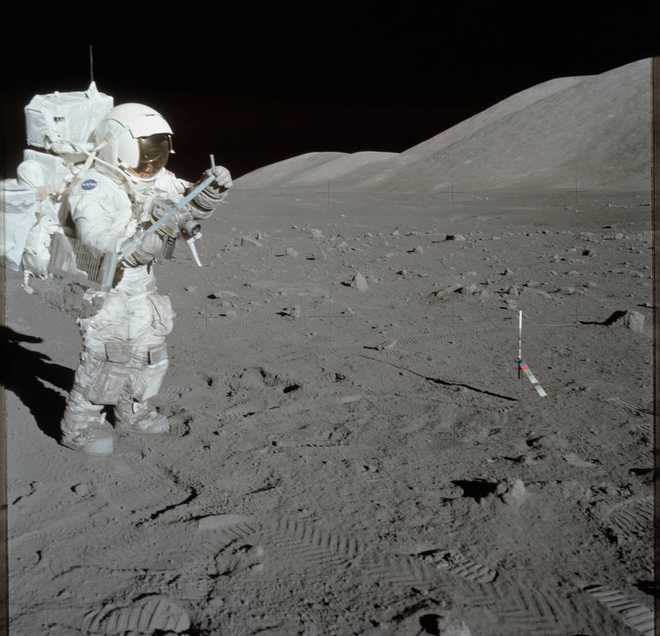 US space agency NASA has selected nine teams to study untouched samples collected from the Moon by the Apollo missions in the 1970s and carefully stored for nearly 50 years.

A total of $8 million has been awarded to the teams, NASA said in a statement.

"By studying these precious lunar samples for the first time, a new generation of scientists will help advance our understanding of our lunar neighbour and prepare for the next era of exploration of the Moon and beyond," said Thomas Zurbuchen, Associate Administrator for NASA's Science Mission Directorate in Washington, DC.

Six of the nine teams will look at one of the three remaining lunar samples, from Apollo missions 15, 16, and 17, which have never been exposed to Earth's atmosphere.

The samples these teams will study were brought to Earth vacuum-sealed from the Moon by Apollo 17 astronauts Harrison Schmitt and Gene Cernan in 1972.

These comprise about 800 grams of material, still encased in a "drive tube" that was pounded into the lunar regolith to collect a core of material.

That core preserves not just the rocks but also the stratigraphy from below the surface so today's scientists can, in a laboratory, study the rock layers exactly as they existed on the Moon, NASA said.

The core has been carefully stored at NASA's Johnson Space Center in Houston, Texas, since December 1972.

"Returned samples are an investment in the future. These samples were deliberately saved so we can take advantage of today's more advanced and sophisticated technology to answer questions we didn't know we needed to ask," said Lori Glaze, acting director of NASA's Planetary Science Division in Washington, DC.

Also read: First person on Mars likely to be a woman: NASA