Taste for fat may have made us human

WASHINGTON: A fatty diet provided human ancestors with the nutrition to develop bigger brains, long before they began hunting large mammals for meat, according to a study. 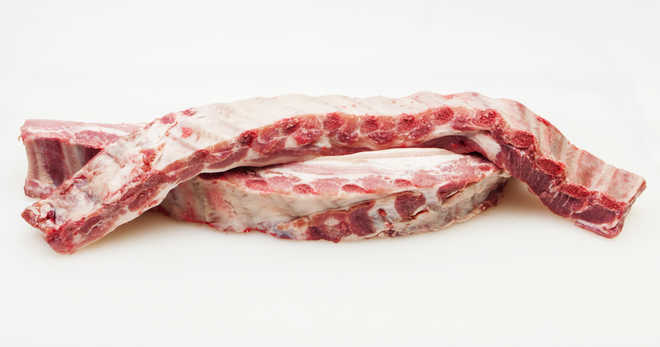 WASHINGTON: A fatty diet provided human ancestors with the nutrition to develop bigger brains, long before they began hunting large mammals for meat, according to a study.

The research, published in the journal Current Anthropology, challenges the widely held view among anthropologists that eating meat was the critical factor in setting the stage for the evolution of humans.

The study found that our early ancestors acquired a taste for fat by eating marrow scavenged from the skeletal remains of large animals that had been killed and eaten by other predators.

“Our ancestors likely began acquiring a taste for fat four million years ago, which explains why we crave it today,” said Jessica Thompson, an anthropologist at Yale University in the US.

“The reservoirs of fat in the long bones of carcasses were a huge calorie package on a calorie-poor landscape. That could have been what gave an ancestral population the advantage it needed to set off the chain of human evolution,” said Thompson, who completed the research as faculty at Emory University in the US.

While focusing on fat over meat may seem like a subtle distinction, the difference is significant, Thompson said.

The nutrients of meat and fat are different, as are the technologies required to access them.

Meat eating is traditionally paired with the manufacture of sharp, flaked-stone tools, while obtaining fat-rich marrow only required smashing bones with a rock, Thompson noted.

The study reviewed evidence that a craving for marrow could have fuelled not just a growing brain size, but the quest to go beyond smashing bones with rocks to make more sophisticated tools and to hunt large animals.

“That is how all technology originated—taking one thing and using it to alter something else,” Thompson said.

The human brain consumes 20 per cent of the body’s energy at rest, or twice that of the brains of other primates, which are almost exclusively vegetarian.

It is a mystery to scientists how our human ancestors met the calorie demands to develop and sustain our larger brains.

A meat-centred paradigm for human evolution hypothesises that an ape population began more actively hunting and eating small game, which became an evolutionary stepping stone to the human behaviour of hunting large animals.

Researchers argue that this theory does not make nutritional sense.

“The meat of wild animals is lean. It actually takes more work to metabolise lean protein than you get back,” Thompson said.

Eating lean meat without a good source of fat can lead to protein poisoning and acute malnutrition.

This protein problem, coupled with the energy required for an upright ape with small canines to capture and eat small animals, would seem to rule out eating meat as a pathway to fuelling brain growth, Thompson said.

The research presents a new hypothesis, going back about four million years, to the Pliocene. As the human ancestor began walking primarily on two legs, heavily forested regions of Africa were breaking into mosaics, creating open grasslands.

Researchers propose that our early ancestors wielded rocks as they foraged on open grassland.

After a predator had finished eating a large mammal, these upright apes explored the leftovers by smashing them and discovered the marrow hidden in the limb bones. PTI