Senior citizens can avail rebate up to Rs 50,000 under Section 80D

Q. I am 85 plus, a Central government pensioner and was drawing a fixed medical allowance of Rs 1,000 per month up to 31.10.2018. Thereafter, I joined CGHS by paying subscription of Rs 39,030 for 5 years. I had undergone a throat surgery at Alchemist Hospital, Panchkula, in June 2018 and then radiation treatment at Max Hospital, Mohali. I incurred an expenditure running into lakhs on consultation, tests, treatment and medicines which was met partially from medical insurance and the rest by me. Please advise how much is the maximum amount which can be claimed as rebate for the treatment, including tests and medicines, and under which section of the Act in addition to contribution to CGHS. 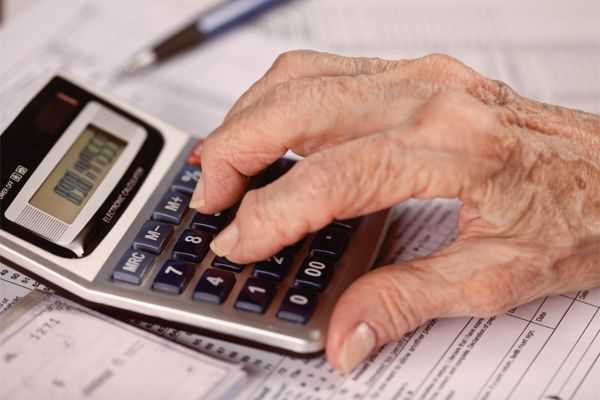 Q. I am 85 plus, a Central government pensioner and was drawing a fixed medical allowance of Rs 1,000 per month up to 31.10.2018.  Thereafter, I joined CGHS by paying subscription of Rs 39,030 for 5 years. I had undergone a throat surgery at Alchemist Hospital, Panchkula, in June 2018 and then radiation treatment at Max Hospital, Mohali. I incurred an expenditure running into lakhs on consultation, tests, treatment and medicines which was met partially from medical insurance and the rest by me. Please advise how much is the maximum amount which can be claimed as rebate for the treatment, including tests and medicines, and under which section of the Act in addition to contribution to CGHS. - Jagdish Kumar

A. A deduction to the extent of Rs 50,000 is admissible to a senior citizen under Section 80D of the Act for assessment year 2019-20 towards the amount incurred on medical expenditure which includes the contribution made to Central Government Health Scheme.

Q. I am a senior citizen and have taken a policy under Pradhan Mantri Vaya Vandana Yojana. I will receive Rs 60,000 every year under the scheme.

a) Please advise whether this amount of Rs 60,000 is taxable. Under which column should I mention this amount in the ITR?

b) Whether this amount would be treated as pension or interest income on the amount deposited.

c) Whether the standard deduction/interest rebate of Rs 50,000 can be claimed under it.

d) Also, please advise if the interest on PPF account should be shown in the ITR. If yes, under which head?

A.(a) It has been clarified in paragraph 9 of Pradhan Mantri Vaya Vandana Yojna that statutory taxes, if any, imposed on this plan by the Government of India or any other constitutional tax authority of India shall be as per the tax laws at the rate of tax as applicable from time to time. In view thereof, the pension amount received by you would be taxable as income from other sources.   The amount as received by you will not be covered for the purposes of deduction admissible under Section 16 of the Income-tax Act 1961 (The Act) as the same is not in the nature of salary. You would not be entitled to a deduction under Section 80TTB of the Act as the deduction under aforesaid section is admissible in respect of interest on deposits with banks/post office/cooperative societies engaged in the banking business.

(b) Interest on Public Provident Fund is to be reflected in the income-tax return wherein an income exempt from tax is required to be shown.

Q. Please advise on the long-term capital gain tax which I may have to pay if I sell my shares.  The details are as under:

Around 25-30 years ago, I used to buy shares either from brokers or through IPOs. Sometime I suffered losses and sometime I made profit on their sale. I don’t have the details like date of purchase and cost of purchase.

In 2007, I closed my demat account and transferred the shares to my son’s demat account to maintain only one account instead of two accounts. The approximately value of the holding was Rs 6-7 lakh.  We are unable to work out exact details.

This arrangement continued for about 11 years till December 2018 when I opened a new demat account in my name and closed the old account. The shares were transferred to my account (the new account is in my single name where as earlier it was joint account my son being 1st holder). No financial transaction was involved being transfer within family as a gift. The reason for opening a new account is solely to save brokerage etc. which is not payable by me to SBI-cap being an ex-employee of the bank. The approximately market value of holding of the few selection shares is around Rs 50 lakh. Please advise me on the capital gains tax which I might have to pay on the sale of shares.

1. Kindly mention the base value which shall be taken into account to work out the gain.

2. In case of my death, what taxes shall be payable by the nominee, if any?

Q. I am an NRI. My father who migrated from Pakistan in 1947 purchased a house at Patiala at that time. He has expired now.  As I am residing outside India, I will be selling the house for Rs 22 lakh. The son of my father’s sister expired at very young age.  He left behind two school going children. I want to give them some amount from Rs 22 lakh. Please advise me on the following points:

(a) How much amount out of Rs 22 lakh will be taxable? Will the amount so given to children be tax-free?

(b) Can this amount be treated as a gift?

(b) The amount paid by you in excess of Rs 50,000 to your father’s sister’s son will be taxable in the hands of the recipient under Section 56(2)(x) of the Act.

(c) The amount paid to your father’s sister’s son would be in the nature of a gift, which would be taxable in the hands of the recipient if the gifted amount exceeds Rs 50,000 in a financial year.