Should art & politics be apart?

Who knows how to court controversies better than singer Mika? Kangana Ranaut is a formidable contender though. 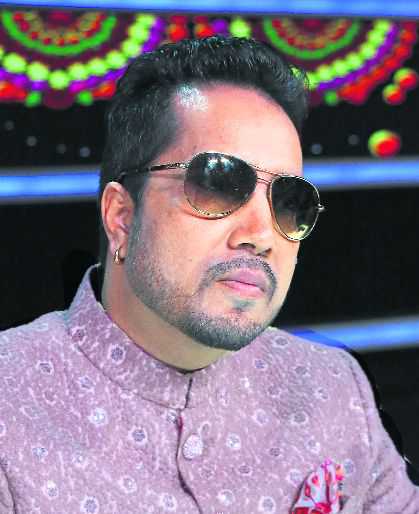 Who knows how to court controversies better than singer Mika? Kangana Ranaut is a formidable contender though. But performing in Karachi, post the Pulwama and Pathankot attacks, is not the same as kissing Rakhi Sawant right? Something the singer learnt the hard way when he woke up to the official statement by All-India Cine Workers Association (AICWA) calling for an unconditional ban on the singer.

The film body, in a statement, said that it had boycotted the singer’s association with the film production houses, record labels, music companies, films and online music content providers. That’s not where it stopped. The association further said, that it’ll ‘make sure that no one in India works with the singer and anyone who violates that should be ready to face legal consequences’.

All the pertinent questions to do with patriotism got their timing bang on. Independence Day happened to fall just a few days after we scrapped Article 370. In between is a case of bad timing for singer Mika, who performed in Karachi last week, at a family function of a close relative of former General Parvez Musharaff as per the statement. Like with all issues controversial, the jury is out on this one. According to some, a mere warning should have been enough, according to others, it’s time to keep art out of the politics. One of the artistes in support of the art community rightfully pointed out, “Then the flights carrying Indian citizens should be banned, right? If you want to be autocratic about the whole situation, then be so completely.

While we couldn’t reach Mika, there are many who wish art be kept at bay because that’s where it belongs. Opines singer Pammi Bai, “The least one can do is keep art and culture out of politics. Just like humanity shouldn’t be forgotten whatever the political relations and tensions, similarly art and artistes shouldn’t be restricted. After all they are a means to peace and unity.” He adds, “Also, the relations have soured now, the bookings must have been done months in advance. There is a thing called professional integrity.”

It’s not the citizens of a particular country, but it’s the audience that the artiste set out to please.

As we spoke to singer Aaman Trikha, he was on his way to Amritsar, looking forward to performing at the Beating the Retreat Ceremony at the Wagah Border on I-day. “I am fiercely patriotic, don’t get me wrong. Whatever happened, the incident was unfortunate. But if I were to look at things completely from the perspective of an artiste which I am at the end of the day, an artiste just wants to perform. For us it’s the audience, not people with certain nationalities. But yet there have been a few sentiments hurt, which can’t be ignored too. We hope the incident is a cautionary tale for all of us.” Well said.

Though he isn’t the only one to echo similar sentiments. Opines singer Kunal Pandit, “I feel music and sports are the two things which can unite two nations. And an artiste always has a motto of making peace everywhere. As artiste could be called to perform anywhere in the world. On this, I personally feel if the Pakistani artistes are banned here in India, the Indians would make it difficult for us if we work or sing for them.”