Showing India in a bad light

There is no foreign policy challenge impacting India in a near-term scenario more acutely than the situation in the Persian Gulf. 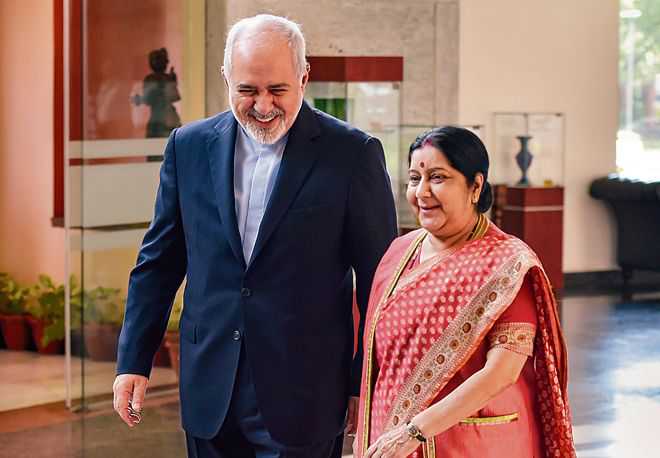 Friends first: India should have stood its ground on Iran for its own sake.

There is no foreign policy challenge impacting India in a near-term scenario more acutely than the situation in the Persian Gulf. Without exaggeration, it can be called the perfect storm on the diplomatic front. The point is, the safety and livelihood of over seven million Indians — and their dependent families in India — could be hit very badly if a war breaks out. And India’s energy security could be on the ropes — pushing the economy deeper into recession. The Persian Gulf is India’s biggest export market, too. Above all, a US-Iranian conflict would have profound consequences for regional security and stability for decades to come. In the circumstances, India cannot afford to be myopic about the war clouds building up in the Persian Gulf.

The twin-fold Indian approach should be to work with like-minded countries and stakeholders, first and foremost, to prevent a war; and second, to contain the negative fallouts of the crisis situation. Regrettably though, the government is taking time out while at the same time complying with the US sanctions against Iran, which is a 360-degree turn from its stance that India only complies with UN sanctions against any country. The sudden death to oil imports from Iran has been an illogical and hasty move. It also emerges that the US’ ‘weaponisation’ of the dollar to cripple Iran’s economy slams the door shut on India-Iran economic cooperation across the board — in particular, putting the big investments in Chabahar Port in jeopardy.

Chinese Foreign Minister Wang Yi told his visiting Iranian counterpart Javad Zarif in Beijing on Friday, ‘China resolutely opposes the US implementation of unilateral sanctions and so-called long-arm jurisdiction, understands the current situation and concerns of the Iranian side, and supports the Iranian side to safeguard its legitimate rights and interests. The dispute surrounding the Iranian nuclear agreement is essentially a contest between multilateralism and unilateralism.’ What Yang articulated is indeed the salience of the Iran question. However, the Modi government told Zarif (who had a stopover in Delhi en route to Beijing) that a ‘decision’ can be taken only when a new government is formed after the general election. What an evasive stance that a ‘decision’ has to be taken at all on what is quintessentially a matter of principle that should have been the anchor sheet of Indian foreign policy!

India has placed itself on the right side of the cabal of states — US, Israel, Saudi Arabia — who are pushing the project to pressure Iran and force a ‘regime change’ in that country. This is despite President Trump himself making it known that he is seeking a new deal with Iran, mindful of the danger that a catastrophic war would destroy his presidency. The crux of the matter is regarding his decision to withdraw the US from the 2015 Iran nuclear deal and to apply ‘maximum pressure’ against Tehran. Iran has refused to negotiate under pressure, factoring in that the US-Saudi-Israeli intentions go beyond the nuclear issue to curb its sovereign prerogative to formulate foreign and security policies.

The US’ European allies have refused to go along with the US-Israeli-Saudi project on Iran. The US Secretary of State Mike Pompeo got cold-shouldered in Brussels last Tuesday. German Chancellor Angela Merkel told Sueddeutsche Zeitung newspaper on Wednesday, ‘Germany, France and Britain are taking a different approach from the US on the question of the Iran agreement. For all our other differences, we even have common interests here with Russia and China.’ Indeed, the tensions over Iran question have shown cracks in the time-tested western alliance. Meanwhile, Trump is singling his intent to speak with the Iranians. He specially invited Swiss President Ueli Maurer to go over to the White House on Thursday on an unannounced visit aimed at prompting Bern, which looks after American interests in Tehran, to help open a line of communication for him to the Iranian leadership. A White House statement highlighted that Trump hoped to discuss with Maurer ‘matters such as Switzerland’s role in facilitating diplomatic relations.’

Suffice to say, what lies ahead is the high probability of the European Union, Britain, France, Germany, Russia and China challenging the US sanctions against Iran. Of course, that could cause a historic blow to the US’ global leadership and preeminence. Trump’s meeting with Maurer suggests that he is tossing around some face-saving formula whereby the US climbs down from the high horse, retracts from belligerent moves against Tehran to create conditions for talks. It seems, broadly, the North Korean approach that Trump took. To be sure, India’s path ahead lies in consulting and coordinating closely with the EU, the three European powers and Russia and China. It works to India’s advantage that these major power centres are uniformly keen that India, which is the second biggest importer of Iran’s oil, resumes its oil purchase, which would also encourage Tehran to remain committed to the provisions of the 2015 nuclear deal.

The Indian elites should get over their ‘unipolar predicament’. A country that cannot judge who its natural allies are cuts a pathetic figure on the world stage. India deserves far better than that. By falling in line with the US sanctions against Iran so summarily, the Modi government showed India in a bad light — an undependable friend for Iran, a cowardly emerging power vulnerable (for obscure reasons) to the US, Saudi and Israeli manipulation of its foreign policy, and, most important, a country with a muddle-headed elite who don’t even prioritise vital national interests and core concerns.