PANCHKULA:A sub-inspector of the Chandigarh Police was electrocuted while attending a discourse of Kumar Swami at Shalimar Ground, Sector 5, Panchkula, in the wee hours of today. 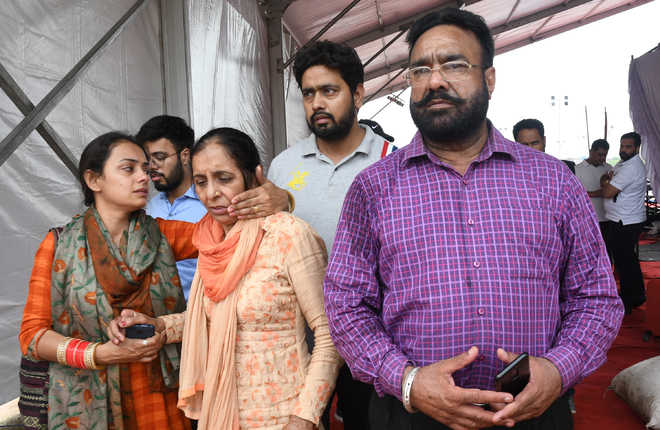 A sub-inspector of the Chandigarh Police was electrocuted while attending a discourse of Kumar Swami at Shalimar Ground, Sector 5, Panchkula, in the wee hours of today.

The victim has been identified as Surinder Kumar.

Kamal Deep Goyal, Deputy Commissioner of Police, said Surinder had come to the city to listen to the discourse of Kumar Swami, who was to deliver lectures on two nights — Saturday and Sunday. The police said rain started around 3 am when the discourse was on and all devotees continued to listen to it. During the function, the electricity contractor had fixed lights on poles. Around 4 am, when Surinder raised his hands, he touched the pole, which had current. People rushed him to the Civil Hospital, where he was declared brought dead.

A police team, led by ACP Nupur Bishnoi, reached the site. A team of the Forensic Science Laboratory also visited the site. The victim’s body was handed over to the family after a postmortem.

On a complaint of Surinder’s wife Meena, the Sector 5 police have registered a case against the electricity contractor under Section 304A of the IPC.— TNS