LONDON: A six-year-old Sikh girl has been banned from bringing the kirpan to her primary school in the UK after an outcry from other students'' parents who refused to bring their children to the school over safety concerns, according to a media report. 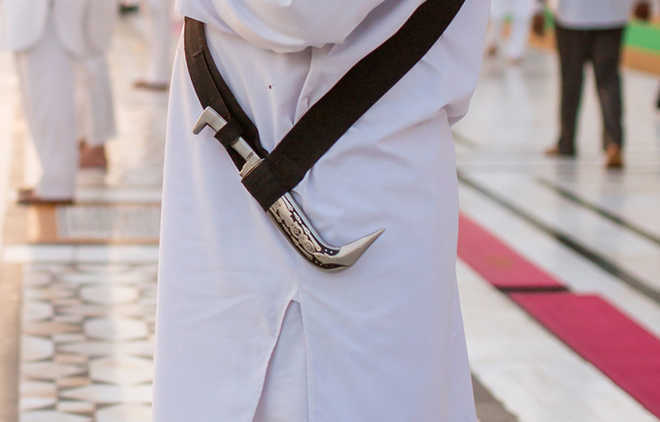 A six-year-old Sikh girl has been banned from bringing the kirpan to her primary school in the UK after an outcry from other students' parents who refused to bring their children to the school over safety concerns, according to a media report.

The girl brought the kirpan, worn by Sikhs as a mark of their faith, to the Redscope Primary School in Rotherham earlier this month, the Telegraph reported Wednesday.

One parent complained: "I'm sorry but, religion or not, a child's health and safety comes first."

Another said: "Most girls are not allowed to wear make-up in school, never mind carry a weapon."

In the letter sent to parents Paula Dobbin, the headteacher of the school, explained the kirpan is a "religious ornament" worn by Sikhs.

She said: "The item is not sharp, and is often worn in schools by children of the Sikh faith nationwide."

"However, having spoken to the parents of the child concerned, they have agreed that the child will no longer wear this item in school.

"The family are new to school and want to be part of the Redscope family. They are keen their daughter is able to make friends and be part out of our school community," she said.

However some comments made by parents about the incident are now being probed by the police as potential hate crimes, the report added.

An investigation is being carried out. A spokeswoman for the South Yorkshire Police said: "Police are aware that a religious kirpan was brought into the school by a six-year-old pupil."

"Local neighbourhood officers continue to work closely with the school, providing advice and reassurance and talking to parents."

"There are no wider safeguarding concerns and no crime has been reported. A number of comments on social media have been reported to us as race-related hate crime, following this situation."

"South Yorkshire Police would like to remind the public that hate crime of any kind is not tolerated.

"An investigation into the comments is underway." Kirpans are one of five articles of faith, known as 'the five K's', that Sikhs are commanded to wear at all times to demonstrate their religious faith. The Department for Education does not have a central guidelines on school uniforms and religious items. It is down to individual headteachers to set their school's policy.

The row comes as the British Government this week announced that an amendment to the 'Offensive Weapons Bill' has received the royal assent. This means that Sikhs will be allowed to carry kirpans and use them during religious and cultural functions.

The All Party Parliamentary Group for British Sikhs had campaign for kirpans to remain exempt as weapons when the new Bill becomes ratified.

In the UK under the Criminal Justice Act 1989, people are allowed to carry blades for religious reasons, the report added. — PTI