RIO DE JANEIRO: Three years after becoming the world’s oldest skydiver, Aida Gemanque became the oldest Olympic torch bearer on Saturday when she carried the flame in the Amazonian city of Macapa, aged 106. 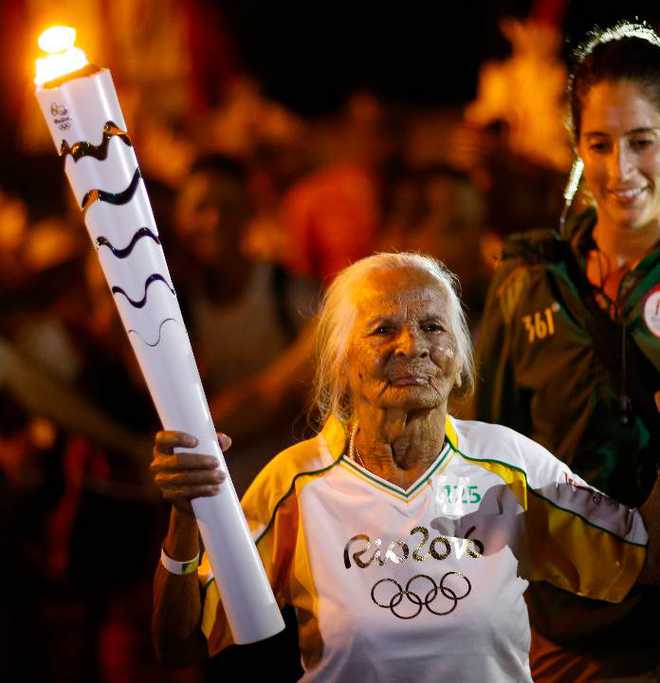 Three years after becoming the world’s oldest skydiver, Aida Gemanque became the oldest Olympic torch bearer on Saturday when she carried the flame in the Amazonian city of Macapa, aged 106.

Gemanque broke the record formerly held by Alexander Kaptarenko, who was 101 when he took part in the Sochi 2014 Winter Olympics relay, Xinhua news agency reported.

“I am overjoyed. I have to be grateful for this joy, which I never expected in my life. I am immensely proud,” Gemanque said.

The 95-day torch relay will pass through 325 Brazilian cities and involve some 12,000 runners before ending at Rio’s Maracana Stadium for the lighting of the Olympic cauldron on August 5. — IANS