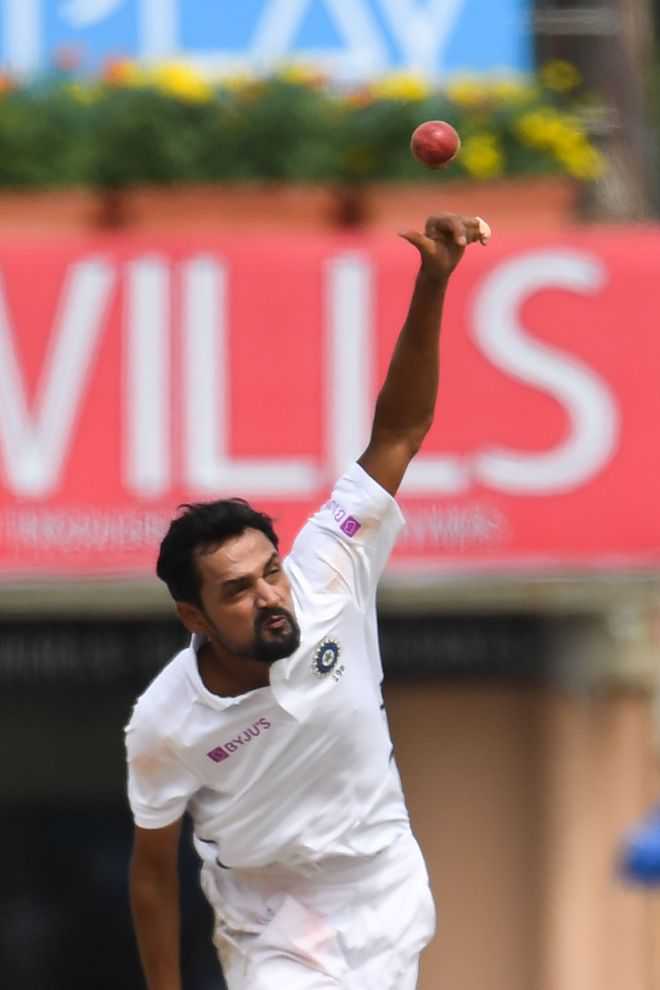 Nadeem, 30, bowled two overs yesterday, and today he dismissed Temba Bavuma and Anrich Nortje in South Africa’s first innings. "I was excited and a bit emotional too, but then I concentrated on what I had to do. I was nervous for the first three balls, especially during my run-up. My nerves settled during the fourth ball," said the late bloomer, who first played the Ranji Trophy back in 2004-05.

He said he was delighted with Bavuma’s wicket. "As a left-arm spinner, to get a batsman (Bavuma) stumped is one of the best wickets to get,” he said.

On Day 3, a fan managed to break the security cordon and touch the feet of South Africa wicketkeeper-batsman Quinton de Kock. After touching de Kock's feet, the fan also hugged him before security guards chased and escorted him off the field. However, the fan left his slipper behind which de Kock grabbed and threw off the field. — Agencies