SYDNEY:Tennis great Margaret Court has called on Tennis Australia to treat her like Rod Laver and issue a formal invitation to her to attend Australian Open next year to commemorate her calendar-year Grand Slam jubilee. 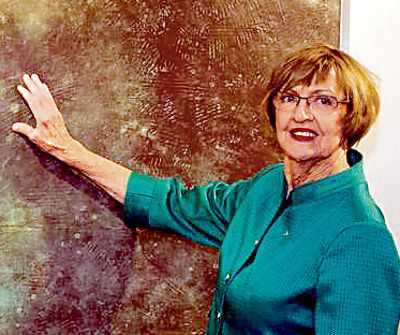 Now a pastor, 24-time Major winner Court has been criticised for her homophobic views.

Tennis great Margaret Court has called on Tennis Australia to treat her like Rod Laver and issue a formal invitation to her to attend Australian Open next year to commemorate her calendar-year Grand Slam jubilee.

The first Slam of 2020 will mark the 50th anniversary of Court winning all four Majors in the same year. Only two other women have achieved the feat — Maureen Connolly (1953) and Steffi Graf (1988). Don Budge was the first man to do it, in 1938, while Laver did it twice (1962 and 1969). Court claimed a record 24 Grand Slam singles titles, with only Serena Williams (23) and Graf (22) coming close. Yet Court, now a church pastor, told said she had not heard from Australian tennis chiefs about honouring her at the tournament in January. It follows controversy over her views on homosexuality and gay marriage.

“I think Tennis Australia should sit and talk with me,” Court told a newspaper. “They have never phoned me. Nobody has spoken to me directly about it. I think they would rather not confront it.” Court used to attend the Australian Open regularly but hasn’t shown up since 2017, when the controversy first flared.

Fellow Australian Laver is routinely feted at the event and was honoured this year for his 1969 feat. “They brought Rod in from America (where he lives). If they think I’m just going to turn up (in 2020), I don’t think that is right,” said Court “I think I should be invited. I would hope they would pay my way to come like they paid for his (Laver), and honour me. If they are not going to do that, I don’t really want to come.”

Court first drew fire in 2017 for saying she would avoid Qantas airline for its support of same-sex marriage, which is now law in her homeland following a referendum.

She later claimed tennis was “full of lesbians” and that transgender children were the result of a Nazi-style “plot” to brainwash the minds of young people. “I don’t feel any of that should be brought into my tennis career,” Court said. — AFP