NEW DELHI: The Indian team management was on Tuesday criticised on social media after they did not include right-arm pacer Mohammed Shami in the playing XI for the World Cup semi-final clash against New Zealand at the Old Trafford in Manchester. 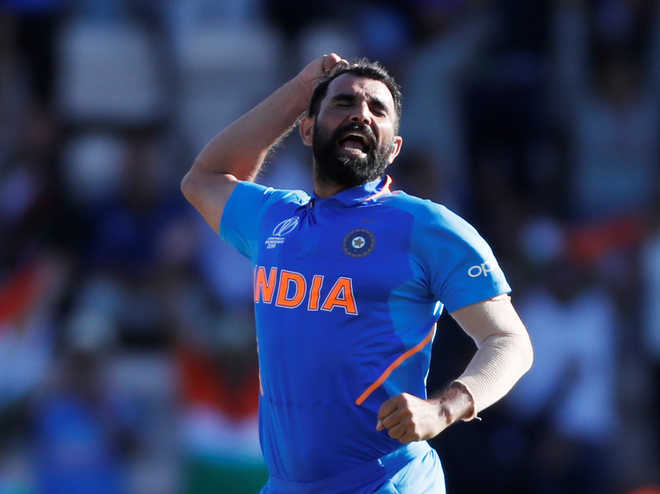 The Indian team management was on Tuesday criticised on social media after they did not include right-arm pacer Mohammed Shami in the playing XI for the World Cup semi-final clash against New Zealand at the Old Trafford in Manchester.

Shami, who has picked 14 wickets in the four matches he has played so far, was not included in the playing XI.

Instead, leg-spinner Yuzvendra Chahal was included in the side in place of Kuldeep Yadav.

Shami also did not play in India’s last league game against Sri Lanka on July 6.

“Okay with Chahal over Kuldeep. Not so much for Shami’s exclusion. Only five bowlers is a possible concern but from that perspective, bowling first isn’t that bad a thing. India bats deep with this combination,” said cricketer-turned-commentator Akash Chopra after former India skipper Sourav Ganguly questioned Kohli’s move.

“Like Sourav Ganguly, I admit I am surprised by the dropping of Shami. He takes wickets upfront and if you do, the death overs aren’t as critical. India batting very deep with Jadeja at 8 but it is a big call to leave out Kuldeep against a team he has done well,” tweeted celebrated commentator Harsha Bhogle.

“India’s XI is slightly conservative. Picking Bhuvi & Jadeja ahead of Kuldeep & Shami they’ve arguably picked the better all-round players at the expense of the better bowlers, but on a fresh pitch which has been high-scoring in this comp that batting depth could be precious,” wrote one of the Twitter users.

“There are about 20 people sitting around me right now, nobody has a clue why Bhuvi is playing ahead of Shami. And they all know the game,” tweeted another user.

“Really surprised that Shami isn’t in the squad for this crucial game,” said another user on the micro-blogging website.

“Is Shami injured or have we wilfully not picked the guy with 14 wickets in 4 games & the best strike rate in the entire tournament?”—IANS