Lot could have happened if I hadn’t cashed in on opportunities, says Rohit

RANCHI:Rohit Sharma always knew that he had to make the best use of the opportunities in his new role as a Test opener or else “a lot could have happened” as far as his stint in the longest format is concerned. 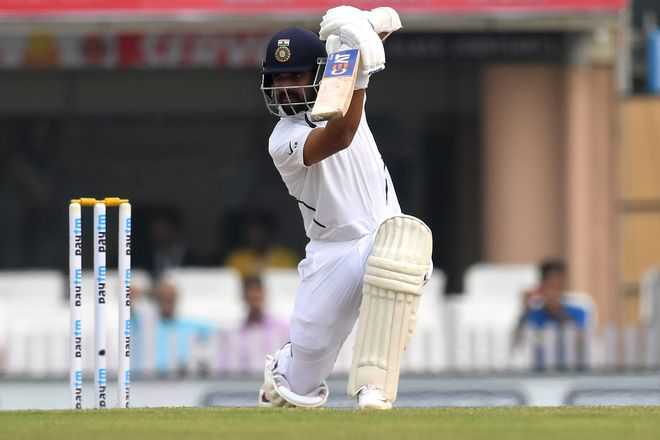 Ajinkya Rahane’s marathon 267-run stand with Rohit Sharma on Day 2 was his 200th partnership in Tests without ever being involved in a run-out, which is a record. In his 61 Tests, Rahane was neither run-out himself, nor was his partner caught short of the crease during a stand. AFP

Rohit Sharma always knew that he had to make the best use of the opportunities in his new role as a Test opener or else “a lot could have happened” as far as his stint in the longest format is concerned.

Rohit made 176 and 127 in his first Test as an opener, his 212 here has cemented his position. “Kafi kuch hone wala thaa naahin toh, kaafi kuch aap likh dete mere barein mein (A lot could have happened had I not performed and you guys would have written a lot about me),” Sharma said. “So it was about making most of the opportunities I got. I knew I had to make full use of it, otherwise media would have written against me. Now I know everyone will write good things about me.”

“It was a good opportunity for me to open the batting. As I said during the Vizag Test, the communication between me and my team management was happening for a long time about opening the batting,” he added. “So mentally, I was ready for it. I knew it could come at anytime. Speaking of this particular knock, I would say it was most challenging. I have not played much. I played only 30 Tests. In terms of what was thrown at me, I would definitely say it was probably the most challenging one.”

The 32-year-old is keen to replicate the success overseas, when India tour New Zealand next year. “Wherever you play the new ball, you have to have some understanding of the basics of the game,” Rohit said. “Which ball you have to play and leave. In certain aspects of the game you have to be mindful of. I was allowing myself to take time rather than going after the ball straightway. It’s not a good idea with a new ball. You got to play with a little lower backlift. In overseas, of course, it’s a different ball game. That’s a challenge and I am waiting.” — PTI

Unfortunate that we dropped Rohit on Day 1: Linde

South Africa’s debutant left-arm spinner George Linde said it was unfortunate that they failed to latch on to the chance given by Rohit Sharma on the first day. “Those catches, they stick or they don’t. Unfortunately, it wasn’t our way, it was Rohit’s. He played well, so well done to him,” Linde said, referring to Rohit being dropped on 28 by Zubayr Hamza. — pti