MUKTSAR: Hailing from the remote village of Kothe Surgapuri in Muktsar district, 22-year-old Palpreet Singh Brar has made the country proud by being drafted into the NBA league. 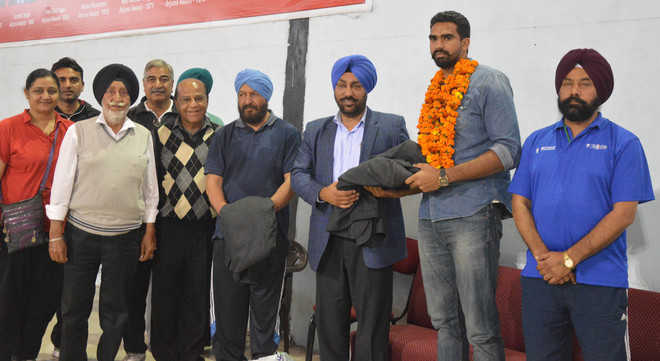 Hailing from the remote village of Kothe Surgapuri in Muktsar district, 22-year-old Palpreet Singh Brar has made the country proud by being drafted into the NBA league.

The towering 6’9” Palpreet, who plays the centre position, has become second India-born basketball player picked in the NBA Development League. He was picked by the Long Island Nets, New York.

Satnam Singh Satta from Ballo Ke village in Barnala district is the first Indian basketball player in the NBA D-League.

During the first round of trials, Palpreet was shortlisted among 182 probables along with two other Punjabi players–Amjyot Singh Gill and Amrit Mann–who play in the Japan professional basketball league. But they could not make it to the NBA D-League.

Palpreet made it in the fourth round where he was selected at number 11.

The NBA D-League is the NBA’s official minor league, serving to develop players, coaches and other officials. The league features 19 teams in the US and Canada, each of which is affiliated with an NBA parent club.

Phirjinder Singh Brar, father of Palpreet, said, “I got a phone call around 2 am on Monday that Palpreet was picked by the Long Islands Net in the NBA D-League. This is the best Diwali gift to us and a proud moment for the family of farmers.”

Meanwhile, Teja Singh Dhaliwal, senior vice-president, Basketball Federation of India (BFI), termed the achievement as a milestone. “Palpreet is a lighthouse for other basketball players,” said Dhailwal over the phone.

Palpreet is a former trainee of Ludhiana Basketball Academy (LBA). He is the first sportsperson of international repute in his family. His father used to play volleyball at local level.

His father gave the credit of his son’s success to S Subramanian, a former coach of the LBA. “Besides, Gamdoor Singh, a former cop, and Nippy Sra from Malout had persuaded my son to play basketball,” said Phirjinder Singh Brar.

Palpreet is currently posted as a travelling ticket examiner (TTE) with the Railways in Ludhiana.

In February this year, Palpreet had won the national finals of the ACG-NBA Jump, India’s first national basketball talent search programme. Thereafter, he attended the NBA D-League tryout in the United States.