Sharma slips but in contention for PGA Tour card

NEWBURGH (US):India''s Shubhankar Sharma ground it out for an even par-72 that kept him in contention for a PGA Tour card despite dropping from tied-3rd to tied-10th in the second round of the Korn Ferry Tour Championship. 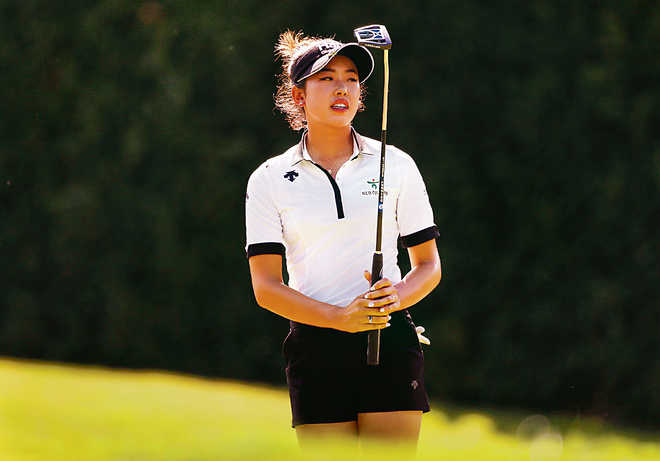 Yealimi Noh shot an 8-under 64 to seize the lead during the third round of the LPGA Cambia Portland Classic. AFP

India's Shubhankar Sharma ground it out for an even par-72 that kept him in contention for a PGA Tour card despite dropping from tied-3rd to tied-10th in the second round of the Korn Ferry Tour Championship.

The Indian needs to finish sole sixth or better to lock his PGA Tour card for 2019-20. He is six off the lead, as Chris Baker with 69 moved to 12-under, but Scottie Scheffler, at sixth, is just two ahead of Sharma.

Sharma, starting from the tenth, had a bogey on 14th, but birdied the 15th to get back on track and turned in an even par. On his second nine he was going fine with back-to-back birdies on second and third, before bogeys on fifth and eighth, his 14th and 17th holes pegged him back.

Baker shot 69 at the Victoria National Golf Club to take the 36-hole lead while Lanto Griffin and Tom Lewis sit two shots off the pace at 10-under 134. The 33-year-old Baker, who turned professional in 2008, is in search of his first PGA Tour card.

Jakarta: Shiv Kapur finished the week with a 2-under 70 to sign off tied-10th at the Indonesia Open here today.

The Indian ended with a four-day total to 9-under 279. The tied-10th was Kapur's best fianish since December last year, when he was sixth at Indonesian Masters. At the top, Argentina's Miguel Carballo made one of the biggest comebacks of his career by overturning a six-shot deficit to win the title at the Pondok Indah Golf Course. Carballo closed with a flawless 5-under 67 to clinch his maiden Asian Tour title by three shots over South Korea's Yikuen Chang with his winning total of 17-under 271.

Los Angeles: US teenager Yealimi Noh fired eight birdies in an 8-under par-64 to take a three-shot lead over Hannah Green after three rounds of the LPGA Portland Classic. Noh posted the low round of the day at Columbia Edgewater Country Club in Oregon for a 19-under par total of 197. — Agencies