KARACHI:Pakistan limited overs captain Sarfaraz Ahmed on Friday appealed to the ICC and its member boards to "do more" to support the return of international cricket to the country. 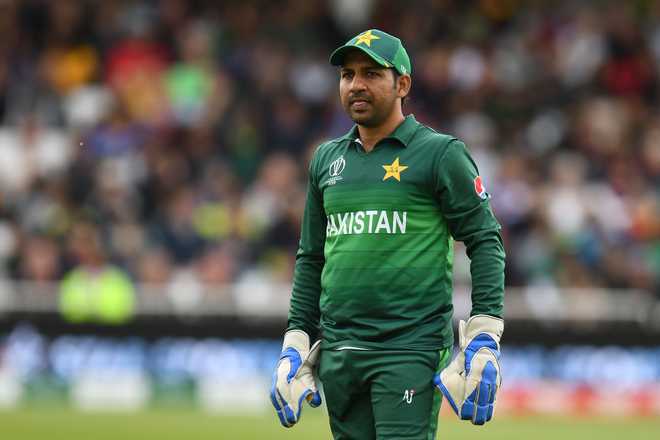 Pakistan limited overs captain Sarfaraz Ahmed on Friday appealed to the ICC and its member boards to "do more" to support the return of international cricket to the country.

The wicketkeeper-batsman, who was on Friday retained as captain of the national ODI and T20 teams, refused to be drawn into the claims made in certain quarters that India might have a hand in Sri Lanka having second thoughts about sending their team to Pakistan.

"I don't know anything about this nor can I say who is behind the threat to Sri Lankan Board but I just think the ICC and member boards needs to do more to support the return of international cricket to Pakistan," Sarfaraz said in press conference.

He said Pakistan had always supported Sri Lanka when things were difficult there.

"Recently after the Easter bomb attacks (in Sri Lanka) the Pakistan board sent its under-19 team to Sri Lanka at a time when everyone was wondering whether there would be international cricket in Sri Lanka again," Sarfaraz said in press conference.

Sarfaraz pointed out that Pakistan could only request the Sri Lankan team to tour the country and added that in the last few years, foreign players had been provided foolproof security by the PCB in international and PSL matches.

"The security situation has improved a lot and in the last few years we have successfully hosted cricket without any problem and there have been no security issues," he said.

Sarfaraz also dismissed suggestions about whether he would be able to work with the new head coach-cum-chief selector Misbah-ul-Haq and bowling coach Waqar Younis.

He said both of them had always been supportive of the team.

Sarfaraz also backed the new domestic cricket structure being launched by the PCB from Saturday in which he is captaining the Sindh provincial squad.

"Everyone's target is to improve Pakistan cricket. Earlier, it seemed like a few players will have to sit out (from domestic teams) but from the teams that have been formed, it looks like this will not happen and most of the players are included in (domestic) teams.

"Competition will increase and the boys will work hard and invest their 100 per cent in order to make it to the provincial teams," he said. - PTI