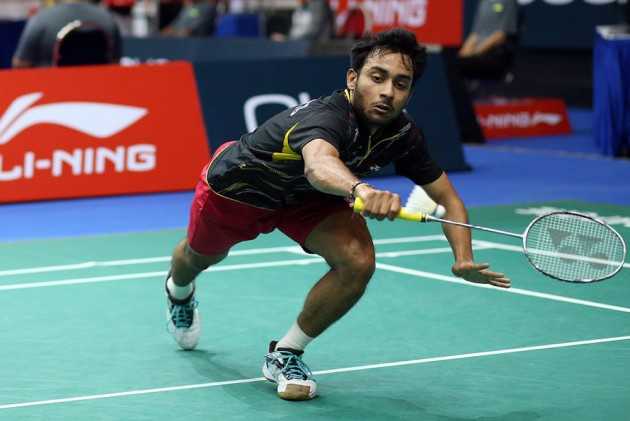 "I am very happy with the way I played this week. The final was a tough match but I am happy I could play my game and come out victorious"— Sourabh Verma

Sourabh Verma registered a thrilling three-game win over China’s Sun Fei Xiang to claim the men’s singles title at the $75,000 Vietnam Open BWF Tour Super 100 badminton tournament here today. Second seed Verma, who has won the Hyderabad Open and Slovenian International earlier this year, recovered from a mid-match slump to beat Sun 21-12 17-21 21-14 in the summit clash which lasted an hour and 12 minutes.

“I am very happy with the way I played this week,” Verma said. “I played three from Japan and these players have similar style. Most like to attack and the little differences in their style is something you have to figure out on the court. So it was nice to beat them,” he added.

He beat three Japanese shuttlers — Kodai Naraoka, Yu Igarashi and Minoru Koga — on his way to the title.

“The final was a tough match but I am happy I could play my game and come out victorious. This title will give a boost to my confidence,” Verma said.

It was Verma’s third win in three meetings with Sun. Talking about the final, the world No. 38 Indian said: “In the first game, I waited for his weak returns. I realised his defence was a little weak, so I looked to exploit it. He committed too many unforced errors and it helped me. In the second game, I was troubled by the drift from one side and he jumped into a huge lead. But after the change of side in the decider, I went back to the strategy that worked for me and I am happy I could win.”

Asked if he will play the $400,000 Korea Open World Tour Super 500 event to be held from September 24 to 29, Verma said: “I will head back home now and depending on the condition of my body and the time required to recover, I will take a call if I want to go to Korea or not.” — PTI