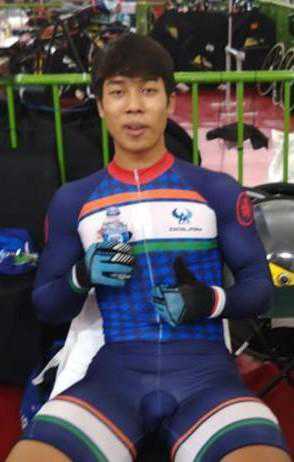 India’s Ronaldo Laitonjam continued his impressive run as he broke the Asian record in men’s junior 200m time trial event at the Track Asia Cup cycling competition here today. After winning two gold medals on Day 1, Ronaldo clocked 10.065 seconds in the qualifying round to break the previous record of 10.149 seconds set in 2018 by China’s Liu Qi. “Qualifying for the finals was in my mind but when I saw the time display, I was surprised and happy,” Ronaldo said.

Nikita Nisha won the qualifying round of junior women’s 200m time trial with a timing of 11:945 seconds.