CHANDIGARH: India registered an emphatic victory over South Africa at the JSCA Stadium on Tuesday to clinch their first-ever series whitewash over the Proteas. 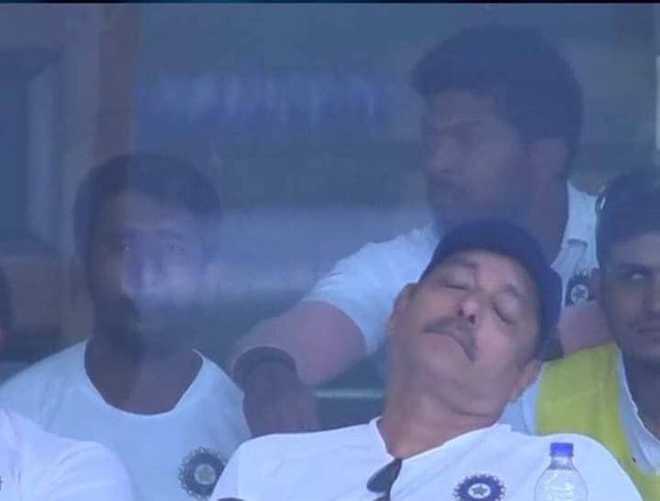 India registered an emphatic victory over South Africa at the JSCA Stadium on Tuesday to clinch their first-ever series whitewash over the Proteas.

But what amused the social media more was that coach Ravi Shastri’s taking an idyllic nap in between the match.

During the match, TV cameras showed Shastri taking a nap, and the footage was on fire. And so was the Internet, whcih poured with these hilarious memes of Shastri.

Shubman Gill Be Like.. :-
10 Cror/Year For sleeping..🙄
What A Lucky Guy He is..👇#RaviShastri #INDvSA pic.twitter.com/1b68b6UBhf

Ravi Shastri has the best job in the entire world.

Drinks at will, takes naps during office time, gets paid in crores. pic.twitter.com/h1NolGSqyQ

#RaviShastri #INDvSA
Ravi Shastri said recently:" If someone goofs up, I have to pull them up. Am I there only to play tabla?" pic.twitter.com/X1wnpGPGeT

Dad: You should wake up early
Me:
Also Dad( At 10 AM on sofa):#RaviShastri #INDvSA pic.twitter.com/l56uiXnyTM