CHANDIGARH: After a week of birthday celebrations with actress-wife Anushka Sharma, crickter-husband Virat Kohli is back on the field, but with little youngsters playing ‘gully’ cricket in Indore. 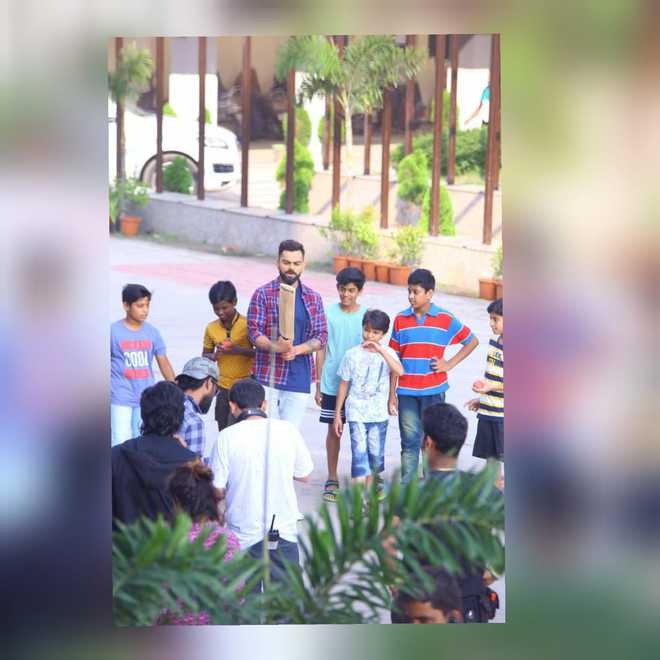 After a week of birthday celebrations with actress-wife Anushka Sharma, crickter-husband Virat Kohli is back on the field, but with little youngsters playing ‘gully’ cricket in Indore.

A video of the Indian cricketer playing the gentlemen’s game with youngsters at the Bicholi Mardana in Indore, surfaced on social media.

Donning a red check shirt with grey jeans and white shoes, Kohli was seen running around with kids with the cricket bat in his hand.

The 31-year-old, who was rested for the limited-overs series, will return to the Indian camp after their win against South Africa last month.

Men in Blue landed in Indore on Monday, and had their first practice session with red and pink balls.

The first Test match between India and Bangladesh will be played at Holkar Cricket Stadium in Indore, which starts from November 14.