LOS ANGELES: Heat trapped by greenhouse gases is raising ocean temperatures faster than previously thought, according to a study which provides evidence that earlier claims of a "hiatus" in global warming over the past 15 years were unfounded. 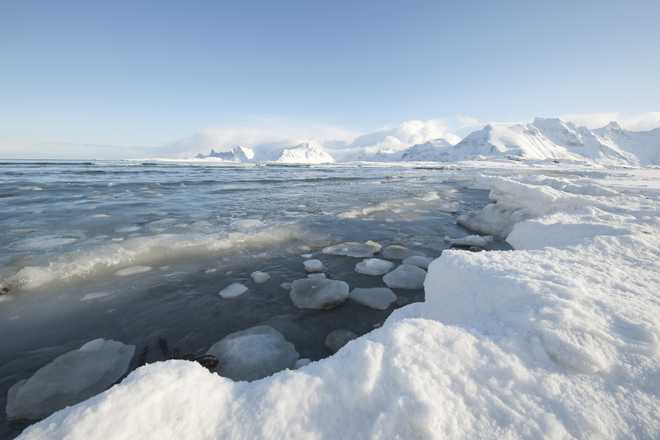 Heat trapped by greenhouse gases is raising ocean temperatures faster than previously thought, according to a study which provides evidence that earlier claims of a "hiatus" in global warming over the past 15 years were unfounded.

"If you want to see where global warming is happening, look in our oceans," said Zeke Hausfather, a graduate student at the University of California.

"Ocean heating is a very important indicator of climate change, and we have robust evidence that it is warming more rapidly than we thought," Hausfather said.

Ocean temperatures are not affected by year-to-year variations caused by climate events like El Nino or volcanic eruptions.

Since no effort has been made to reduce greenhouse gas emissions, the Coupled Model Intercomparison Project 5 (CMIP5) models predict that the temperature of the top of the world's oceans will rise 0.78 degrees Celsius by the end of the century, researchers said.

Four studies have been published between 2014 and 2017 that  provide better estimates of past trends in ocean heat content by correcting for discrepancies between different types of ocean temperature measurements.

"The Intergovernmental Panel on Climate Change's (IPCC) Fifth Assessment Report, published in 2013, showed that leading climate change models seemed to predict a much faster increase in ocean heat content over the last 30 years than was seen in observations," Hausfather said.

"That was a problem, because of all things, that is one thing we really hope the models will get right," said Hausfather.

"The fact that these corrected records now do agree with climate models is encouraging as it removes an area of big uncertainty that we previously had," he said.

According to researchers a fleet of nearly 4,000 floating robots drift throughout the world's oceans, every few days diving to measure the ocean's temperature, pH, salinity and other bits of information.

This ocean-monitoring battalion, called Argo, has provided consistent and widespread data on ocean heat content since the mid-2000s, they said.— PTI