This app will tell what babies think, feel

LONDON: Parents, please take note. Researchers have designed a smartphone app to help new parents become more ''tuned in'' to what their babies are thinking and feeling. 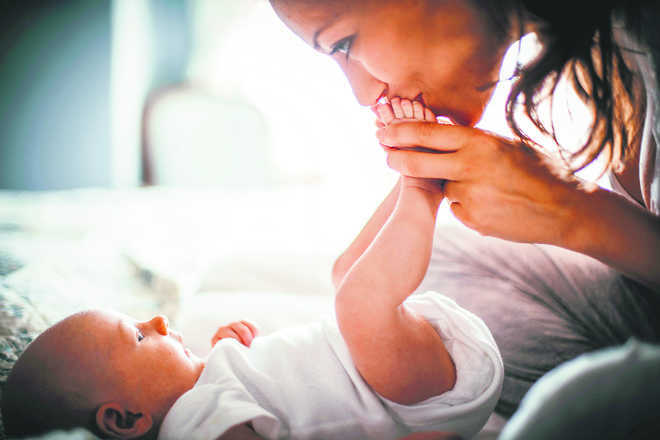 Parents, please take note. Researchers have designed a smartphone app to help new parents become more 'tuned in' to what their babies are thinking and feeling.

The app, called BabyMind, prompts the parent to think about things from their baby's perspective and to consider what is going on in their baby's mind at a specific point each day.

"There are many advantages of using apps as a means of intervention—they're low-cost, easy to use and already integrated into people's lives—but we wanted to establish whether an app can have a demonstrable effect on the quality of parent-baby interaction," said Elizabeth Meins, Professor at the University of York.

The researchers observed the parents playing with their babies and assessed how attuned they were to their babies' thoughts and feelings.

The participating mothers were compared with a control group of mothers with six-month-olds who had not used the app.

Compared with the control group mothers, the app users were significantly more attuned to their babies' thoughts and feelings.

"Previous research has shown that teenage mothers show less attunement to their babies' thoughts and feelings compared with mothers in their mid-twenties or older. Our study showed that young mothers who had used BabyMind were just as attuned as the older mothers who'd used the app," Meins said.

According to the study, the young app users were more attuned to their babies than the older mothers who had not used the BabyMind app.

The research suggests that using this app is associated with younger motherhood no longer being a disadvantage. — IANS