Movie Review - Chhichhore: These losers are winners all the way

The ball hovers over the basketball ring, your heart pumps as fast as those of the lead players. You can sense an adrenaline rush as it could go either way, fall inside or outside. 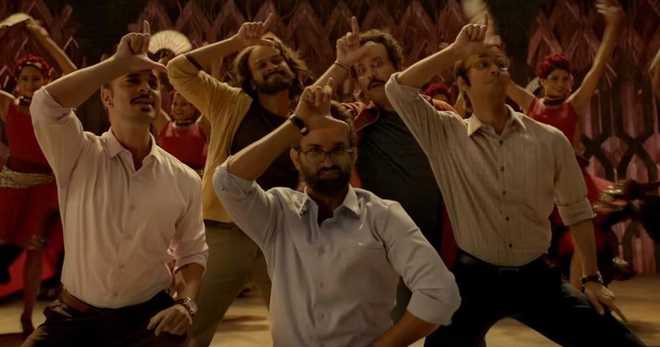 A still from Chhichhore

The ball hovers over the basketball ring, your heart pumps as fast as those of the lead players. You can sense an adrenaline rush as it could go either way, fall inside or outside. Thin line between success and failure has never been so dramatically and remarkably portrayed as in this climatic moment.

Chhichhore might be the name of this film apparently high on bromance and mastikhors. But in the hands of Dangal director Nitesh Tiwari with the right dose of some fun ribaldry, it is anything but flippant or sordid. The flashback to college life has a fine smattering of some ‘cheap’ harkatein. Varun Sharma has been roped in precisely for this reason, to indulge in some unabashed ‘dirty’ college talk. And, boy! Is he charmingly brazen? With sex perpetually on his mind, he is not called Sexa for nothing. The comic department belongs to him and if you are not a prude, he does make you smile, and even if you take offence easily, his non-sex one-liners are rib-tickling.

But the overall intention here is not merely to amuse. As the first few scenes establish the storyline, it tackles a rather sombre if not a grave subject. In times when students are under tremendous pressure to succeed and crack competitive exams at any cost, the relevance of the theme can only be reinforced.

Sure, in parts the film might remind you of Three Idiots. Or, even a Student of The Year, especially when the race for the championship among different hostels of the engineering college hots up. In between, you might take issues with rather mean, if not unscrupulous, means the bunch of losers employ to gain advantage over their adversaries. But the film isn’t about winning at all. It’s about life, is slice of life and dealt in a similar manner. Of course, the director has gone a little overboard to give his lead actors an aged look. Balding prosthetics and puffed-up faces reflect the passage of time on faces, essentially a young bunch whose look as students can’t be faulted otherwise. Naveen Polishetty as Acid, Tushar Pandey as Mummy, Tahir Raj Bhasin as Derek and Saharsh Shukla as the super senior Bevada; these are everyday characters you would see in any college and fit in the milieu like a glove.

Intercutting between the past and present, contrasting as well as drawing a parallel between two situations, editing is technically sound.  Equally sound is the advice it proffers to parents and children alike. Sure, at certain junctures it may sound a tad too obvious and sermonising. But even in its preachy moments, it touches your heart. Sushant Singh Rajput as the concerned father Annirudh is the emotive core of the film. Be it in his young avatar as a diffident suitor and ardent student or the senior version, he gets his act right. Ably supported by Shraddha Kapoor as his girlfriend Maaya and then estranged wife, and together with other actors, the emotional graph thus created is captivating. Most touching, of course, is the finale where the director, also the co-writer, flips the whole notion of success and failure on its head. If Dangal gladdened your heart and made you realise what it takes to be a winner against all odds, here too you walk out of theatres on your tiptoes feeling light and warm. Tick off whatever boxes you may on the checklist of what is desired from a film, there is no getting away from the fact that the combination of these ‘losers’ is winsome and winning.