GENEVA: In a first, researchers have decoded what happens in our brain when we hear harsh sounds produced by alarms or from human shrieks - an advance that may help us better diagnose mental illnesses like schizophrenia. 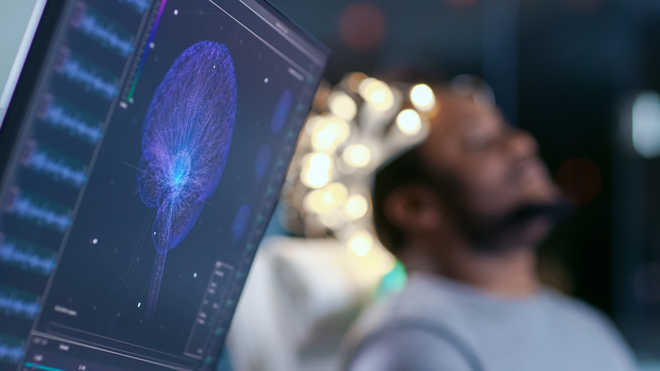 In a first, researchers have decoded what happens in our brain when we hear harsh sounds produced by alarms or from human shrieks -- an advance that may help us better diagnose mental illnesses like schizophrenia.

In such diseases, patients show atypical responses to certain sounds.

Alarms such as a car horn or natural human screams are are made of repetitive sound fluctuations in the frequency range of 40 and 80 Hertz (Hz), the study, published in the journal Nature Communications, noted.

To understand how some of these sounds were perceived as unpleasant, neuroscientists from the University of Geneva (UNIGE) and Geneva University Hospitals (HUG) in Switzerland, analysed how people react when they listen to a range of different sounds.

The researchers tried to determine the extent to which repetitive sound frequencies are unpleasant.

When studying the areas of the brain stimulated by listening to these frequencies, they found that both the conventional sound-processing circuit and the more advanced brain areas involved in processing salience and aversion were also activated.

The researchers played repetitive sounds between zero and 250 Hz to 16 participants closer and closer together to define the frequencies that the brain found unbearable.

From the participants' responses, the scientists established the upper limit of sound roughness as around 130 Hz.

"Above this limit, the frequencies are heard as forming only one continuous sound," said Arnal.

To understand why 130 Hz was the upper limit here, the neuroscientists asked participants to listen to a different set of frequencies, which they had to classify on a scale of one to five -- one being bearable, and five being unbearable.

"The sounds considered intolerable were mainly between 40 and 80 Hz, i.e. in the range of frequencies used by alarms and human screams, including those of a baby," Arnal said.

According to the researchers, as humans evolved, it was crucial from a survival perspective to capture attention from these sounds from a distance, unlike a visual stimulus.

"That's why alarms use these rapid repetitive frequencies to maximise the chances that they are detected and gain our attention," Arnal said.

The researchers added that when the repetitions are spaced less than about 25 milliseconds apart, the brain cannot anticipate them and tried to suppress them.

The brain, the study noted, is constantly on alert and attentive to the stimulus.

Harsh sounds fall outside the conventional auditory system, note the researchers, who then attempted to find out what exactly happened to such sound signals in the brain.

"We used an intracranial EEG, which records brain activity inside the brain itself in response to sounds," said Pierre Megevand, a neurologist and researcher at UNIGE.

The auditory cortex in the upper temporal lobe is activated when sounds are perceived as continuous i.e above 130 Hz, the study noted.

"This is the conventional circuit for hearing," said Megevand.

But for harsh sounds, especially between 40 and 80 Hz, they induce a persistent response that activates a large number of more advanced regions of the brain which are not part of the conventional auditory system, the researchers said.

"These sounds solicit the amygdala, hippocampus and insula in particular, all areas related to salience, aversion and pain. This explains why participants experienced them as being unbearable," said Arnal.

Even while the sound frequencies between 40 and 80 Hz have been used for long in alarm systems, this is the first time this frequency range has been shown to mobilise these neural networks, the study noted.

"Something particular happens at these frequencies, and there are also many illnesses that show atypical brain responses to sounds at 40 Hz. These include Alzheimer's, autism and schizophrenia," Arnal said. PTI