''Dengue virus is becoming resistant to vaccines and treatment''

HOUSTON: The mosquito-borne deadly dengue virus that infects about 400 million people globally every year—especially in the tropic and sub-tropic regions of the world—is undergoing changes that are helping it evade vaccines and therapeutics, according to a study. 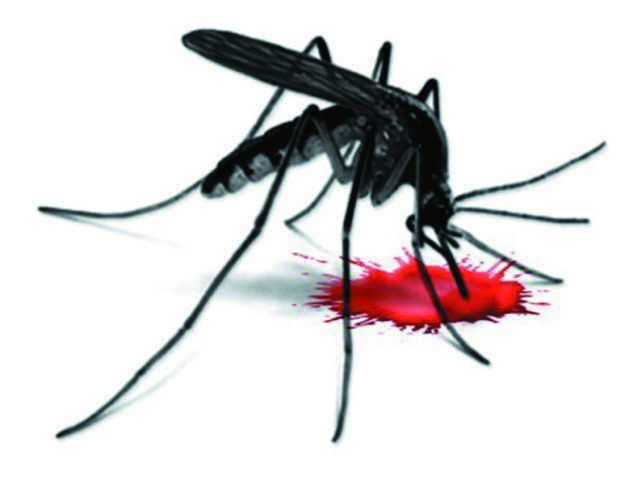 The mosquito-borne deadly dengue virus that infects about 400 million people globally every year—especially in the tropic and sub-tropic regions of the world—is undergoing changes that are helping it evade vaccines and therapeutics, according to a study.

The research, published in the journal PLOS Pathogens, notes that one of the strains of the virus, DENV2 has smooth spherical surface particles while growing at the carrier mosquito's physiological temperature of 29 degrees Celsius.

According to the researchers including Professor Pei-Yong Shi from the University of Texas Medical Branch in the US, the smooth particles transform into bumpy ones at the human physiological temperature of 37 degrees Celsius.

This ability to morph helps the virus evade the immune system of the human host, and understanding the mechanism behind this transformation is important for therapeutics and vaccine development, the researchers mentioned.

"We found that in laboratory-developed DENV2 strains, mutations in the virus' E protein caused its transformation into bumpy particles," said Xin-Ni Lim, the study's lead author who is from the Duke-National University of Singapore Medical School.

The structural changes, the researchers warned, could cause vaccines and therapeutics to be ineffective against the virus.

The researchers who tested four DENV2 strains obtained from patients said that in contrast to the laboratory-adapted viruses, the majority of the clinical strains had smooth surface structure at 37 degrees Celsius while at the fever temperature of about 40 degree Celsius the viruses took on a bumpy surface.

"Our study gives a new direction to vaccine development and treatment for dengue disease," said the corresponding author of the study Sheemei Lok, Professor at the Duke-National University of Singapore Medical School.

Lok said that for treating patients before they get dengue infection, the vaccines effective against the smooth surface virus should be used.

And for patients displaying fever symptoms, he added that the strategies effective against the bumpy surface particles should be implemented.

According to the researchers, the lab adapted DENV2 may not be a good model for research since its structure is different from the clinical strains isolated from patients. — PTI