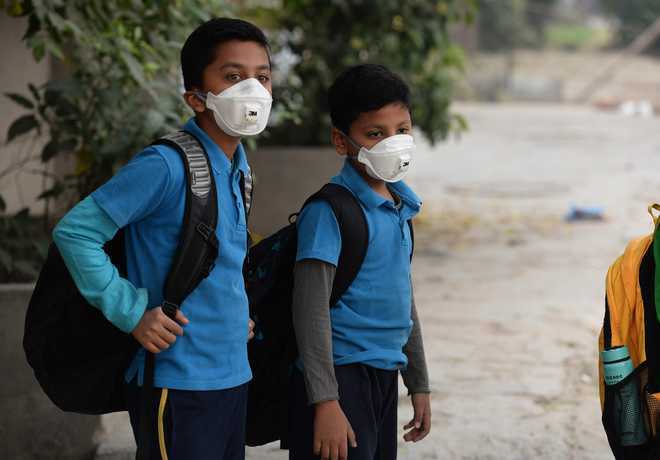 Photo for representation only. — AFP

"I saw first-hand how children continue to suffer from the dire consequences of air pollution," Fore, who recently visited India, said on Wednesday.

"The air quality was at a crisis level. You could smell the toxic fog even from behind an air filtration mask," she added.

Air pollution affects children most severely and its effects continue all their lives because they have smaller lungs, breathe twice as fast as adults and lack immunities, Fore said.

She added that it "damages brain tissue and undermines cognitive development in babies and young children, leading to lifelong consequences that can affect their learning outcomes and future potential. There is evidence to suggest that adolescents exposed to higher levels of air pollution are more likely to experience mental health problems".

Schools were closed in Delhi till Tuesday because of the severe environmental situation caused by post-harvest burning of stubble in neighbouring states.