What was your prime worry at the age of 16? College admissions? Catching the attention of that girl in maths tuition? Dressing up in high heels to get into that club? 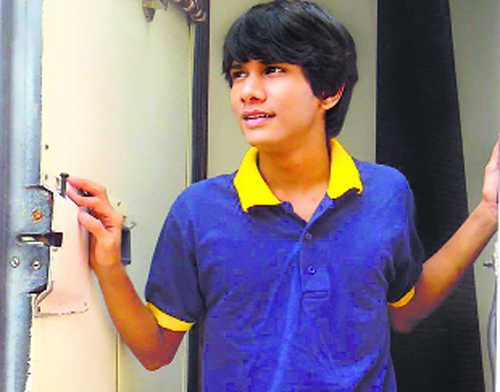 What was your prime worry at the age of 16? College admissions? Catching the attention of that girl in maths tuition? Dressing up in high heels to get into that club?

There are those, however, who have found the path they want to tread much before hitting puberty. Take actor Mohak Meet for instance. Having moved to Mumbai from Chandigarh, at the age of 11, Mohak took up acting. Yes, eleven! Now 16, Mohak has finally been featured in his first-ever feature film, Anjaan Parindey. This, after doing advertisements for years—Bubbaloo gum, Samsung, Sunfeast, Cadbury, American Tourister and the likes.

“My first stint with TV was with Zee TV’s Titan Antakshri. There on, I knew I was made to appear on screen, so I took up acting seriously and started taking classes,” says Mohak, rather elated about the recent release of Anjaan Parindey on January 16.

The movie, having gained an ‘A’ certificate, wasn’t a cakewalk for Mohak though. “The movie is about a 16-year-old boy, Munna, who belongs to a respectable family, but ends up losing his family to an accident. Following the emotional trauma he goes through, he ends up becoming a guide for tourists in Rishikesh,” says he. Not enough to make for an ‘A’ certificate, is it?

“But that’s not all. His adventures as a guide make him contract AIDS. That’s when his life changes entirely. Dealing with this fatal disease, which has such a huge baggage of social stigma attached to it at the age of 16, isn’t child’s play. I had no idea how to play Munna, honestly. Nor did I know someone who could guide me. So, I turned to the only Bollywood movie I knew of on the topic – My Brother Nikhil. I observed Boman Irani’s character, his body language, very intently and learned whatever little I could from a great artiste like him,” adds Mohak.

About his future projects, he says, “I’m doing a movie with director Kunal Kohli, called Vartak Nagar; playing the protagonist, Savio, in it. Another unnamed project on child abuse by a new production house is also very likely to take shape.”