NEW DELHI: The Goa Police claimed in the Supreme Court on Tuesday that there were “contemporaneous” WhatsApp messages and e-mails which showed that Tehelka magazine’s founder Tarun Tejpal should face trial in an alleged sexual assault case lodged against him by a former woman colleague. 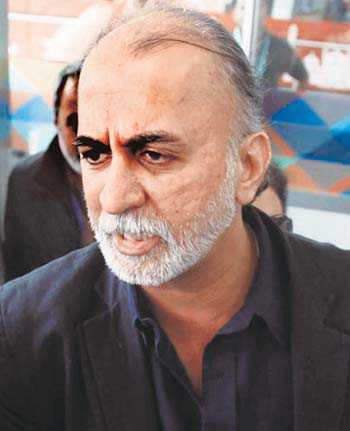 The Goa Police claimed in the Supreme Court on Tuesday that there were “contemporaneous” WhatsApp messages and e-mails which showed that Tehelka magazine’s founder Tarun Tejpal should face trial in an alleged sexual assault case lodged against him by a former woman colleague.

The police, while opposing Tejpal’s plea seeking quashing of charges framed against him, told a Bench headed by Justice Arun Mishra that there was “ample material” warranting trial in the case.

Tejpal’s counsel refuted the allegations and told the Bench, also comprising justices MR Shah and BR Gavai, that certain WhatsApp messages were concealed and referred to CCTV footage of the hotel where the alleged incident took place.

The Bench, after hearing the submissions, reserved its order on Tejpal’s plea seeking quashing of charges framed against him.

Tejpal is alleged to have sexually assaulted the former colleague inside the elevator of a five-star hotel in Goa in 2013.

He has denied all the allegations levelled against him. He was arrested on November 30, 2013 by the Crime Branch after his anticipatory bail plea was rejected by the court. He has been out on bail since May 2014.

He has moved the apex court challenging the Bombay High Court’s December 20, 2017 order dismissing his plea seeking quashing of charges.

During the hearing, senior advocate Vikas Singh, appearing for Tejpal, referred to earlier judgements of the apex court to buttress his arguments that charges should be quashed.

“We have to see the facts of a particular case,” the Bench said, adding, “Criminal law depends on facts of a case”.

The Bench also questioned Singh as to why Tejpal had sent apologies to the woman after the alleged incident.

Singh, while referring to CCTV footage of the hotel, said that anybody can make allegations that such incident has happened in the lift.

Solicitor General Tushar Mehta, appearing for the police, referred to an earlier apex court verdict and said that even strong suspicion in a criminal case is enough to frame charges.

“Not only the statement of the prosecutrix (woman), the case is supported by contemporaneous WhatsApp messages and e-mails which show that this is a case where the accused must face the trial,” Mehta said.

“There are ample materials in the form of contemporaneous e-mails also,” he told the Bench.

Earlier, Tejpal had claimed that there were certain inconsistencies in the video recordings and the statements of the victim recorded under Section 164 of CrPC before the magistrate.

The trial court in Mapusa town of Goa had framed charges against Tejpal under various sections of the Indian Penal Code (IPC), including alleged sexual harassment and provisions related to rape. — PTI