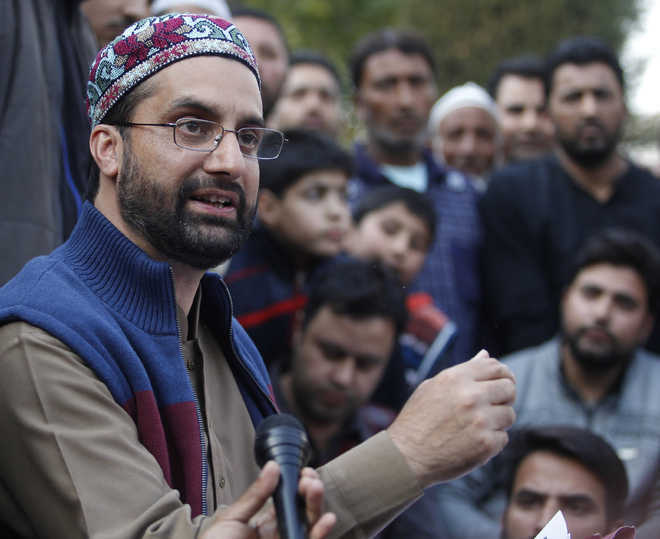 According to the notice, the Mirwaiz has been asked to appear at the National Investigation Agency (NIA) headquarters in New Delhi on March 18, the agency officials said.

The NIA had on February 26 carried out searches at premises of separatist leaders, including the Mirwaiz, in connection with the case related to financing of terrorist and separatist groups in Jammu and Kashmir.

The NIA team, accompanied by police and CRPF personnel, searched residences of some of the separatist leaders, including the Mirwaiz, Naseem Geelani and Ashraf Sehrai, the chairman of the Tehreek-e-Hurriyat.

Barring the Mirwaiz and Sehrai, all other leaders were jailed for some time.

The NIA had questioned two maternal uncles of the Mirwaiz—Maulvi Manzoor and Maulvi Shafat—and his close aides last year. Both Manzoor and Shafat are retired senior government officers.

He had been asked to appear before the NIA on March 11 but the Mirwaiz had expressed his inability to join the investigation in the national capital fearing for his security in view of “conditions of hostility”.

“Under the prevailing conditions of hostility wherein there is a threat to the personal safety of my client, it becomes unwise for my client to travel to Delhi,” counsel for the Mirwaiz, Aijaz Ahmad Dhar, had said in a letter to the NIA.

If the NIA wants to question the Mirwaiz, it can do so in Srinagar and he is willing to cooperate as “he has nothing to hide”, the letter had said.

The lawyer had said his client was not acquainted with the subject matter of the FIR referred to in the NIA’s notice and added that the notice to the separatist leader appears to have been issued on the basis of “fallacious assumptions and misinformation solely aimed at maligning the Mirwaiz”.

On his client’s stand on the Kashmir issue, the lawyer said it has always been clear.

“He has always stated that the Kashmir issue is a political and human issue which needs political resolution either through implementation of UN resolutions or through dialogue amongst the three stakeholders—India, Pakistan and people of Jammu and Kashmir,” the counsel of the Mirwaiz said.

The NIA probe seeks to identify the chain of players behind the financing of terrorist activities, pelting of stones on security forces, burning down of schools and damaging of government establishments.

The case names Hafeez Saeed, Pakistan-based chief of Jamaat-ud-Dawah (JuD), the front for banned Lashkar-e-Toiba, as an accused, besides organisations such as the Hurriyat Conference factions led by Geelani and the Mirwaiz, Hizbul Mujahideen and Dukhtaran-e-Millat. — PTI