The jogger with the flute

I had been wondering where he lived till one day I saw him jogging towards the garden as I waited for the signal to turn green. Yes, he comes from the same area where I live. While I drive to the Fragrance Garden, he comes running along the pavement. Once in the garden, he goes on steadily jogging, his breath almost loud as he crosses. 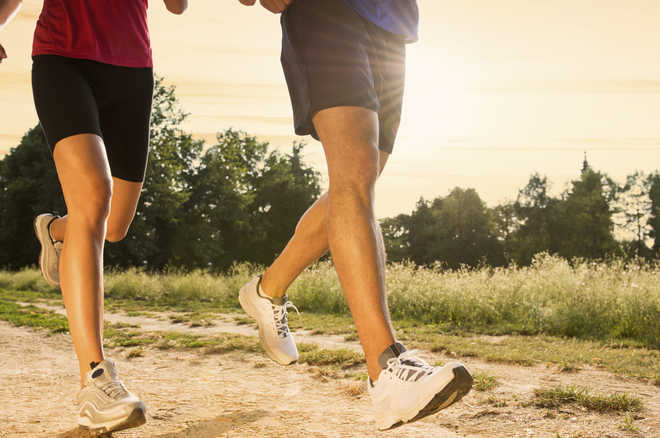 I had been wondering where he lived till one day I saw him jogging towards the garden as I waited for the signal to turn green. Yes, he comes from the same area where I live. While I drive to the Fragrance Garden, he comes running along the pavement. Once in the garden, he goes on steadily jogging, his breath almost loud as he crosses. Though he does not talk to anyone, people seem to know him because he is almost a regular feature for the evening walkers.

His energy levels are exceptional, his voice louder and his speech a little incoherent for he often seems to be saying something to the breeze. Young girls and children who are new to the park get scared when he grunts and growls but soon they realise that he is harmless and go about their games. Too tall and grown up for them, he often watches them wistfully and then looks towards the setting sun. As if suddenly reminded of the chore at hand, he begins his jog all over again.

He seems to be listening while children ask their mothers about him. ‘Mama, why does he make such scary noises?’ ‘Why doesn’t he talk?’ ‘How come he can run so much and we get tired soon?’ ‘Why does he wear the same T-shirt every day?’ He listens and smiles to himself but does not volunteer to solve the riddle for them and goes on with his routine.

He never disturbs anyone but makes loud noises as if he is calling out to someone who has not heard him till now. And then, suddenly relaxed, he abandons himself to the breeze, though still audibly inhaling and exhaling. On some days, he brings a flute along which he keeps on a branch on the frangipani tree. As dusk gathers, he starts playing the flute. A lilting tune begins to fill the grey dusk, mesmerising everyone. The children, who were scared of him a while ago, stand around him, captivated. When he plays a melody of yesteryear, seniors marvel at his skill, some of them looking towards their ageing companions and smiling. On the days he does not get his flute, he just whistles and suddenly the place begins to overflow with the melodies of a Dev Anand or Raj Kapoor film.

And then for many days the flute was not heard. On enquiry, we came to know that the melodious whistle fell silent when a speeding car hit him as he was jogging along the road. The track where he ran in the garden each day has a winding path that his footsteps had made. The place where he stood each day is bald of grass. The gardeners are waiting for it to grow back in the coming monsoon. Only the dusk is silent and the sunsets are paler for the one who had a silent conversation with them does not come anymore. The gusts of the breeze, too, waft past as if looking for someone. His flute that he forgot to take home on the last day still rests on the frangipani, awaiting its owner and the touch of those lips that are now cold.