Imran KHAN has long portrayed himself to audiences in India, as a suave, sophisticated, westernised &lsquo;gentleman&rsquo;. 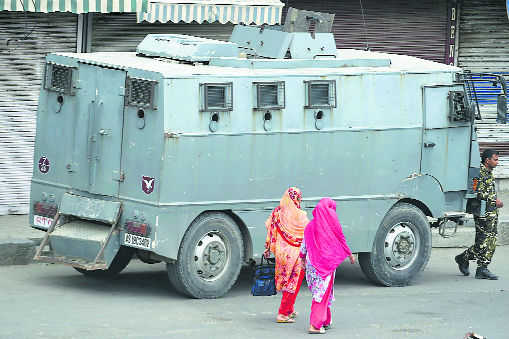 Set the roadmap: With the panchayat elections held recently, the efforts to promote grassroots economic development in J&K should gather momentum.

Imran KHAN has long portrayed himself to audiences in India, as a suave, sophisticated, westernised ‘gentleman’. But, the real Imran is somewhat different. He rose in politics through the patronage of former ISI chief, Lt Gen Hamid Gul, who was largely responsible for the formation of the Tehreek-e-Insaf party. Imran has, thereafter, been a protege of the Pakistan army. His victory in the last elections was engineered almost entirely by the backing of the army. Imran has ensured that the army has a strong say today, even in economic policy-making. While accompanying Imran to Washington, army chief General Bajwa separately received a red carpet treatment from the Trump administration, which all but equalled the Protocol Honors that Imran received. The Americans are supreme realists, who know that real power rests with the GHQ in Rawalpindi, while the trappings of grandeur are found in Islamabad.

Flying high after Trump’s offer of ‘mediation’ on J&K, Imran went on a diplomatic offensive, preparing the ground for securing international backing on Kashmir. What he did not anticipate was the Modi ‘bombshell’ of rendering Articles 370 and 35 A infructuous. Pakistan used this development to get support from China to take the issue to the UN Security Council. What was heartening for India was the support it received from the US, Russia, France, Germany and virtually all non-permanent members of the council. British duplicity in New York, did, however, raise eyebrows in New Delhi.

Imran was infuriated at being outmanoeuvred and exposed by his country’s virtual isolation during its ill-advised effort to internationalise the issue. He appeared to have lost all semblance of sobriety, vital for dealing with the complex diplomatic crisis he now faces. If Bhutto spoke of a ‘thousand year war’ with India, Imran has resorted to dire threats of nuclear conflict with India, warning that Pakistan will go to any lengths ‘to support the cause of the people of Kashmir’. He has hurled personal insults on Modi and the BJP, accusing them of ‘ethnic cleansing’ in Kashmir. He has warned, again, of banning Indian over-flights through Pakistan, and ending trade, including transit facilities for India’s trade with Afghanistan.

He has also suddenly become an admirer of Mahatma Gandhi and Nehru, even averring that they had the same ideology as Jinnah! He has vowed to continue his campaign against India during his forthcoming visit to New York for the UN General Assembly session. More importantly, General Bajwa is evidently preparing to keep the situation in the Kashmir valley tense. This effort would gather momentum once the present curbs are relaxed and normal life resumes.

Pakistan is realising that there are concerns in both Houses of the US Congress, the Pentagon, and even the State Department, about a complete withdrawal from Afghanistan before the US presidential elections in 2020. Pakistan’s calculations of an early Taliban takeover next year are set to go wrong. Pakistan hoped that under Taliban control, Afghanistan would again become its satellite state, to be used as a haven for radical groups to wage terrorism while providing ‘strategic depth’.

These expectations are not likely to be fulfilled. Taliban leaders are claiming: ‘We will continue our fight against the Afghan Government and seize power by force.’ There are pressures building in Washington to retain a residual force in Afghanistan, primarily of air power. This force will operate out of well-protected air bases, like in Bagram near Kabul. This American presence will provide support to the Afghan armed forces, and even ethnic militias, to face the Taliban. India should reiterate its support for the wide spectrum of Afghan leaders across ethnic divides with whom it has been in touch.

New Delhi would be well advised to study a report of the US Congressional Research Service titled ‘Kashmir: Background, Recent Developments, and US Policy’. This is a ‘background brief’ for discussions in the US Congress. The report notes that: ‘A widespread perception that J&K’s 1987 state elections were manipulated to favour the central government led to pervasive disaffection in the Kashmir valley and the outbreak of an Islamist-based separatist insurgency in 1989.’ It also states: ‘A bilateral India-Pakistan peace plan for Kashmir was nearly finalised in 2007, when Indian and Pakistani negotiators had agreed to make the LOC a ‘soft border’, with free movement of trade across it. Its prospects faded largely due to unrelated Pakistani domestic issues.’ We should not forget two factors: undermining the democratic process in J&K in 1987 was ill advised, and Pakistan was responsible for undermining a reasonable ‘peace plan’ in 2007.

Both Imran and General Bajwa will be plotting on how to revert to jihad in J&K. The ISI would, however, be circumspect in ensuring that it is not accused of fomenting terrorism. Rawalpindi and Islamabad will spare no effort to see that normal life in Kashmir is disrupted. It is imperative that a new administration headed by a competent Lieutenant Governor assumes office soon. With the panchayat polls held recently, the efforts to promote grassroots economic development should gather momentum. Elections for the state Assembly can come in due course. It should be established that J&K can be administered efficiently by a corruption-free setup. The road ahead will, however, be a very bumpy one. There should be no illusions.