PANIPAT: Thieves struck at a branch of Punjab and Sindh Bank bank located on the premises of a gudwara near Amarbhawan Chowk here, the police said on Monday. 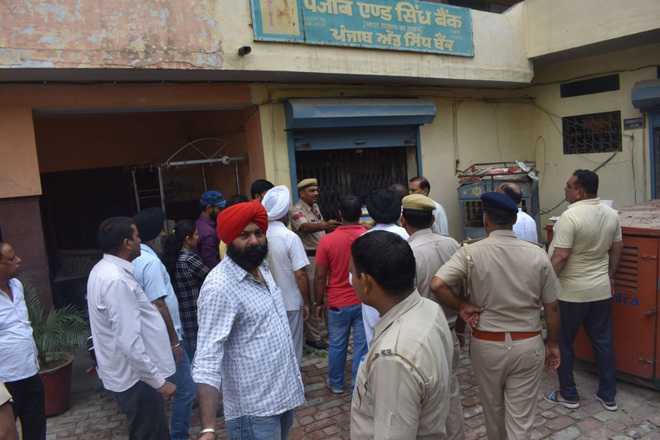 Police personnel and locals gather outside a bank in Panipat on Monday. Tribune photo

Thieves struck at a branch of Punjab and Sindh Bank bank located on the premises of a gudwara near Amarbhawan Chowk here, the police said on Monday.

The thieves entered the locker room after making a hole in the roof and broke open six lockers and decamped with cash and jewellery. The police suspected the thieves stole more than 100 “tola” of gold and lakhs of rupees.

Superintendent of Police Sumit Kumar said the branch was located on the ground floor of a school being run on the premises of the gurdwara. “There were 180 lockers, of which six were targeted,” he said.

The incident came to light on Monday when a school guard saw a hole in the floor of a classroom located on first floor. He informed the school management about it. The police immediately reached the spot.

He said some construction work was going on the first floor of the school. The police have constituted six teams to nab the thieves, the SP added.