AMRITSAR: On the eve of the 550th Gurpurb, two Iran-based universities have desired to establish academic Chairs to conduct research on the life and teachings of the first Sikh Guru. 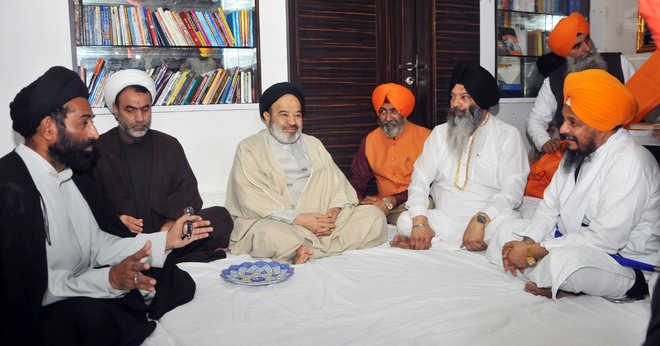 On the eve of the 550th Gurpurb, two Iran-based universities have desired to establish academic Chairs to conduct research on the life and teachings of the first Sikh Guru.

Another proposal from their side was to initiate the Sikh religious study programme in collaboration with the Iran-based universities.

University of Religion president Sayyid Abulhasan Navab and a representative of Al-Mustafa International University on Monday held a discussion with Akal Takht officiating Jathedar Giani Harpreet Singh to work on the modalities of installing the Chairs.

Chief Minister Capt Amarinder Singh had also announced Chairs in Guru Nanak’s name to be set up in 11 universities, of which seven are in Punjab, three across the country and one (University of Religion) in Iran.

Giani Harpreet Singh said to arrange literature and reference material, they had tied up with the Punjabi University, Patiala.

“Besides this, the SGPC will be directed to assist the Iranian scholars in collecting the information on the life, philosophy and vision of Guru Nanak. It was an honour for the Sikh community that our Guru’s message was being spread on a global platform by installing a dedicated Chair,” he added.

Syed Afroz Nazvis, an Iranian delegate, said besides setting up Chairs by the universities under the patronage of the Government of Islamic Republic of Iran, a detailed discussion was also done with Akal Takht Jathedar over a religious study programme proposed to understand the concept of Sikhism. “We proposed that there should be a Sikh religious study programme for Indian and Iranian intellectuals. Once, the MoU in this regard is finalised, the proposal will be submitted to the Iran government and subsequently, to the Indian government for getting the final nod,” he said.

Meanwhile, Pervinder Singh Chandhok, a Sikh citizen of Iran, said though the Sikhs comprise a miniscule population of the country, the government had accorded them all rights to observe the Gurpurbs and other religious ethics. He said the Iran sangat had initiated 600 ‘akhand path’ non-stop to mark the 550th birth anniversary of Guru Nanak, the bhog of which would be performed on Tuesday.

“I can say that the ‘shaan’ (glory) of turban is there in Iran. There are around 60 Sikh families living in Iran. They visit two gurdwaras located in Tehran and Zahran. We are free to maintain the ‘maryada’ of Sikhism and the authorities never interfere in our religious occasions,” he said.