CHANDIGARH: Two juveniles have been apprehended by the UT police for vehicle thefts. 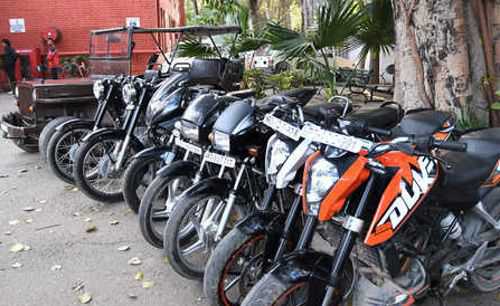 Two juveniles have been apprehended by the UT police for vehicle thefts. Three vehicles, including a car, have been recovered from them.

The police said a case of theft was registered on a complaint of Manish, a resident of Mani Majra, who reported that his motorcycle was stolen from his house on the intervening night of July 5 and 6.