ROHTAK: The authorities of Pt Bhagwat Dayal Sharma University of Health Sciences (UHS), Rohtak, have approved the implementation of rotatory headship (appointment of head of department by rotation) at the university as well as its constituent colleges, including Rohtak Post Graduate Institute of Medical Sciences (PGIMS) and Post Graduate Institute of Dental Science (PGIDS). 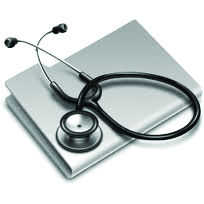 A decision to this effect was taken at a meeting of the UHS executive council (EC) organised here yesterday.

Talking to The Tribune here today, Prof OP Kalra, UHS Vice Chancellor, confirmed that a proposal to start rotatory headship at the university and its constituent colleges had been passed by the university’s executive council and would be sent to the Governor for his assent.

“The recommendations of the EC meeting will also be sent to the state government for taking an appropriate decision regarding the matter for the government medical colleges located in Haryana as those colleges are not under our administrative control,” he maintained.

The Haryana State Medical Teachers’ Association as well as faculty members of the local PGIMS as well as PGIDS had been pursuing the matter for a long time. They had also submitted a representation to Health Minister Anil Vij in this regard.

In the representation, the medical and dental teachers pointed out that the Rohtak PGIMS acquired the status of a health university with effect from June 2, 2008, and henceforth guided by the University Grants Commission (UGC) Act.

Following that, Vij had directed the UHS authorities to follow the instructions of the UGC regarding the implementation of rotatory headship.