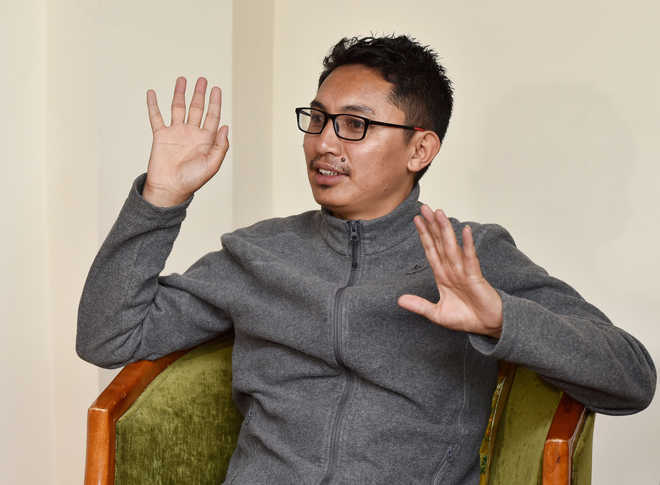 New Delhi and Beijing need to sit down and properly define the Line of Actual Control (LAC) to avoid border skirmishes, Ladakh MP Jamyang Tsering Namgyal has said. Describing the tension reported earlier this week along the border as “nothing serious”, the BJP MP from the just-carved out Union Territory said, “We should not worry too much about such developments.”

The LAC has often witnessed skirmishes between troops of the two Asian giants on differing claims over the territory. “The actual problem is that the border is not defined properly because of which China feels one thing and we feel another. The actual line of control is not fixed and demarcated properly, because of which such troubles keep recurring,” Namgyal told reporters last evening. He said cows and other livestock do walk across the border leading to some tension at the local level.

The BJP MP, who shot to national fame with a speech in the Lok Sabha supporting the August 5 move of the Centre to abrogate the special status of Jammu and Kashmir under Article 370, also claimed that the Chinese have not been able to claim any land since 2014 when PM Narendra Modi came to power. He said the people of the region are extremely happy with the new UT status.

About a few posters of resentment propping up at some places, he denied the existence of any such sentiment or of the posters. — PTI