NEW DELHI: Union Minister and Republican Party of India leader Ramdas Athawale on Wednesday left Prime Minister Narendra Modi, UPA chairperson Sonia Gandhi and Rahul Gandhi along with other Lok Sabha members in peels of laughter by his witty remarks, some aimed at the Congress president. 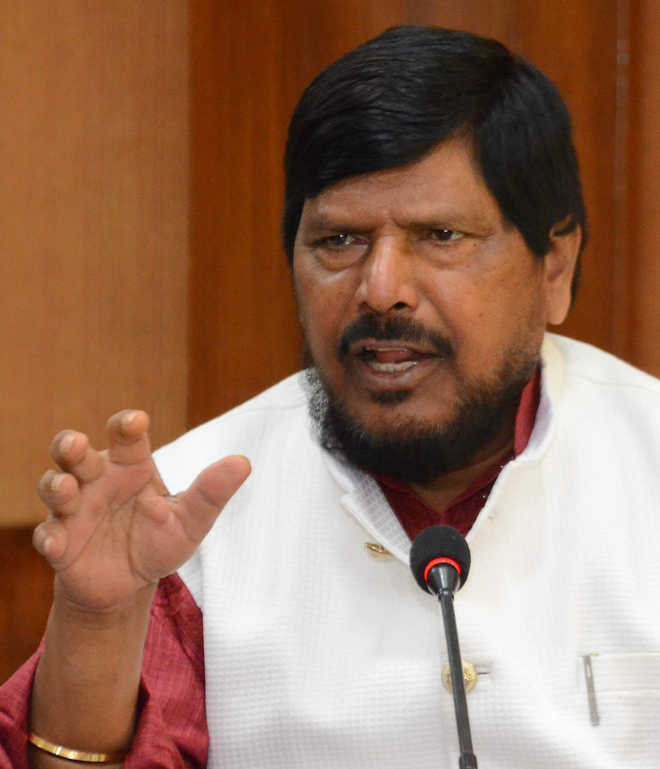 Union Minister and Republican Party of India leader Ramdas Athawale on Wednesday left Prime Minister Narendra Modi, UPA chairperson Sonia Gandhi and Rahul Gandhi along with other Lok Sabha members in peels of laughter by his witty remarks, some aimed at the Congress president.

In his congratulatory remarks after the unanimous selection of Om Birla as Lok Sabha Speaker, Athawale, who has a knack for spontaneous humour, said he is happy that Rahul got a chance to sit in Lok Sabha though as an opposition member.

While Rahul won from Wayanad in Kerala, he lost the Gandhi stronghold of Amethi in Uttar Pradesh to Smriti Irani.

“Rahul ji aapko wahan baithne ka mauka mila isiliye aapko badhai deta hoon. Jab apki satta thi tab main aapke saath tha. Chunav ke pehle mujhe Congress wale bol rahe the idhar aao. Maine hawa ka rukh dekha ki woh Modi ji ki taraf ja rahi hai (I congratulate you on getting an opportunity to sit there (in the Opposition benches). I was with the UPA when it was in power. Congress leaders asked me to join them again ahead of elections. But I saw which way the wind was blowing and decided to remain with NDA,” he said.

Rahul and Sonia took his remarks sportingly and were seen smiling.

When the RPI leader was speaking, Modi was seen laughing on more than two occasions.

“Now, our government will run for five years, and for another five years ... Modi sahib will continue to do the good work. We will not let you come to this side (treasury benches) so easily,” Athawale said, amid thumping of desks by NDA members. — PTI