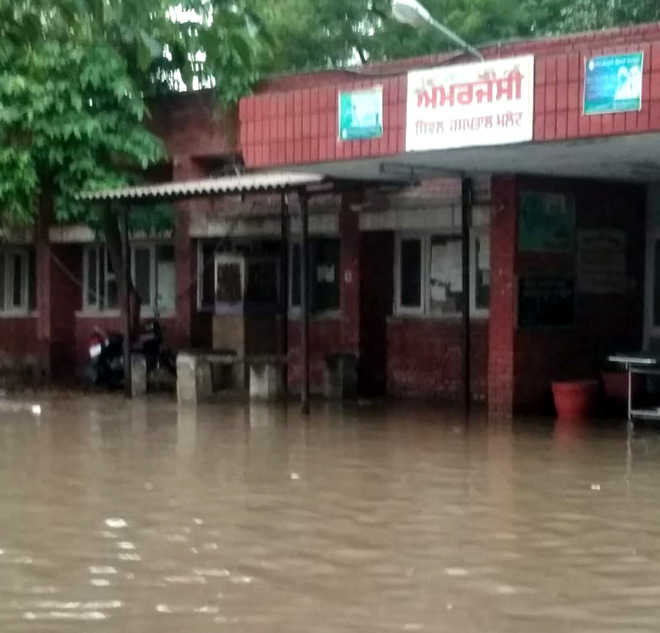 The flooded premises of the Malout Civil Hospital. Tribune photo

The recent rain has caused massive damage to healthcare infrastructure in Muktsar district. Rainwater entered the local Civil Hospital and the roof of its emergency ward is also about to collapse. As a result, the ward has been shifted to another room.

Further, records related to various health facilities maintained at the Civil Surgeon’s office in Muktsar have also got damaged due to the rain. Sources in the Civil Surgeon’s office said they were trying hard to save the record, dewatering the building. “Water was about to touch the tables and it damaged the records kept in the almirahs,” they added.

Dr Sukhpal Singh, Civil Surgeon, Muktsar, said, “The rain has caused damage to the Malout Civil Hospital building. The emergency ward has been shifted to a room of the de-addiction centre. In the present situation, if the number of patients rises, we will have to admit them to the corridors. The state government is aware of the situation as we have already written about it. The building has completed its life and unsafe now.”

He said, “In Muktsar, waterlogging led to short-circuits and our computers have been damaged. Some manual records have also suffered damaged.”