What made Karnad such a hit

SERENDIPITY in the truest sense — that is what I experienced when I had a chance encounter with the legendary film and literary icon Girish Karnad at the Jaipur Literary Festival about five years back. 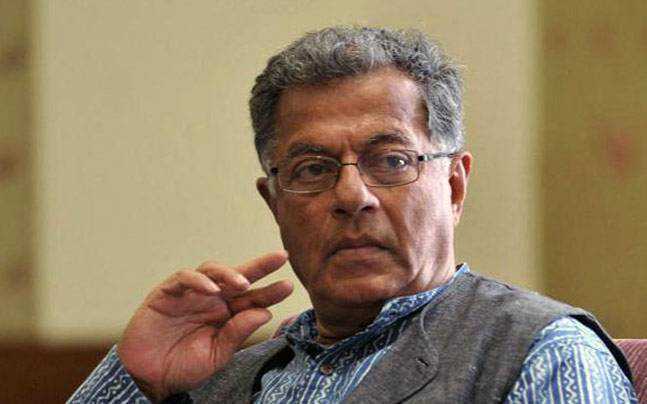 SERENDIPITY in the truest sense — that is what I experienced when I had a chance encounter with the legendary film and literary icon Girish Karnad at the Jaipur Literary Festival about five years back. Between two book review sessions, I saw a sizeable gathering of people congregate near a tea service point, where, even though Karnad was present, he was not sipping tea. His fans were drawn to him like bees to a hive.

The topic under discussion was history-inspired plots around which Karnad's films were woven. Someone asked whether the roles given to him by directors were to his liking and they blended with his mental makeup. ‘An actor should always ensure that his character’s personality is deeply superimposed on his psyche. I have been lucky to take on roles, where I have suitably pitched into the total fabric of the script and screenplay,’ he responded.

I wanted Karnad to educate me about Utsav, a film directed by him and produced by Shashi Kapoor in 1984. Its plot was inspired from the second-century play Mrichakatika by Sudraka. My specific question was whether such movies with old themes would resonate with modern audiences. ‘History charts out the roadmap for human development. To what period do movies such as Cecil Demille-directed Ten Commandments and William Wyler-directed Ben-Hur pertain to?’ he replied, adding, ‘these movies will still be sought after many generations hence.’

Karnad was an amalgam of streaks of philosophy, literature, histrionics  and culture and these were visibly demonstrated in his  Kannada films like Samskara (his acting and screen-writing initiating venture) — a baptism by fire. Tabba Liyu Neenade Mague was a Karnad-BV Kamath co-direction. It had Naseeruddin Shah in pivotal roles. His Bollywood films such as Nishaant, Manthan, Swami and Pukar also underscored these traits. In 2012 he played the role of a RAW head in Ek Tha Tiger.

Not that a gifted person like Karnad would be deemed getting an added lustre by Awards — much sought after by lesser mortals — this enigmatic personality was bestowed with the Jnanpith Award in 1998, and also the Padma Shri and Padma Bhushan among myriad others. His canvas had paint strokes of luminaries such as Ebrahim Alkazi and Alyque Padamsee.

His 81 years of life had their highs and lows. However, he maintained perfect equanimity through the rough and smooth of life. The murders of Gauri Lankesh and Kalburgi made him lose faith in the purported genuine cohesiveness of India, his most cherished desire of what India needs to be.

Those like me who have had the good fortune of interacting with him are lucky, to say the least. RIP great Karnad!