PANCHKULA: Three members of a family have been booked for assaulting a woman who asked them to stop hitting a stray dog. 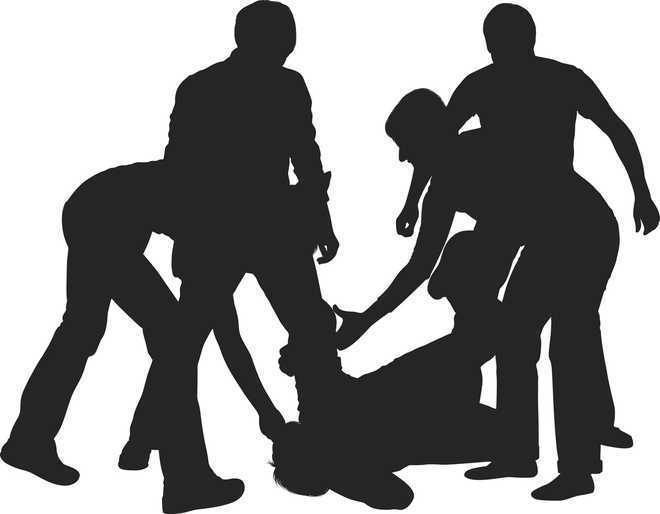 Three members of a family have been booked for assaulting a woman who asked them to stop hitting a stray dog.

In her complaint to the police, Jayanti Thareja, a resident of DLF Valley near Amravati in Pinjore, said around 7 am on Friday, she saw Kamla Malik, who lives on the ground floor of her building, thrashing a stray dog. Jayanti said when she objected, Kamla started abusing her and threatened her.

The complainant alleged that when she came down, Kamla’s son Gautam pushed her and later thrashed her. She added that soon, Gautam’s father Virender Malik also came and started beating her up.

Jayanti alleged that she and her daughter lived on the first floor of the duplex and Gautam also threatened to kill her.

The Pinjore police have registered a case against Gautam, Virender and Kamla Malik under Sections 354, 323, 506 and 34 of the IPC.