LONDON: Prime Minister Boris Johnson has succeeded in his plan to suspend Britain’s rebellious Parliament for five weeks, but he has achieved little else in his first prolonged jousting with legislators determined to prevent a no-deal Brexit. 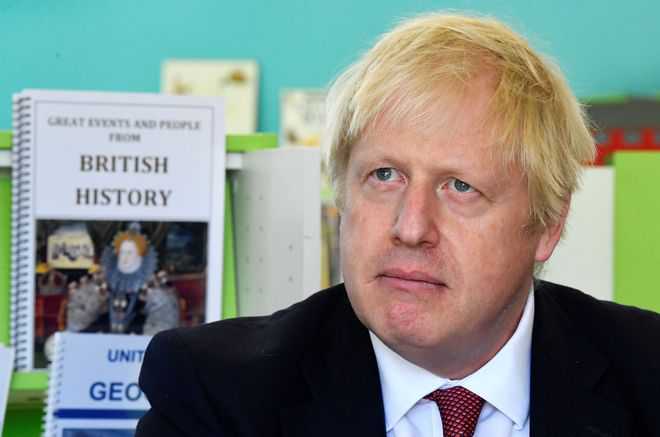 Prime Minister Boris Johnson has succeeded in his plan to suspend Britain’s rebellious Parliament for five weeks, but he has achieved little else in his first prolonged jousting with legislators determined to prevent a no-deal Brexit.

The simmering showdown between Johnson and Parliament over Brexit came to a head as lawmakers delivered three defeats to the government’s plans for leaving the European Union, before being sent home early Tuesday for a contentious five-week suspension of the legislature. In a session that ran well past midnight, Parliament ordered the government to release private communications about its Brexit plans and rejected Johnson’s call for a snap election to break the political deadlock.

Parliament was then suspended — or prorogued — at the government’s request until October 14, a drastic move that gives Johnson a respite from rebellious lawmakers as he plots his next move. Opponents accuse him of trying to avoid democratic scrutiny. What is usually a solemn, formal prorogation ceremony erupted into raucous scenes as Opposition lawmakers in the House of Commons chamber shouted “Shame on you” and held up signs reading “Silenced.” House of Commons Speaker John Bercow expressed his displeasure at Parliament’s suspension, saying “this is not a standard or normal prorogation.” “It’s one of the longest for decades and it represents an act of executive fiat,” he said. Parliament’s suspension ended a day of blows to  Johnson.

MPs also demanded the government release, by Wednesday, emails and text messages among aides and officials relating to suspending Parliament and planning for Brexit amid allegations that the suspension is being used to circumvent democracy. — AP

Options on the table

Johnson’s options are narrowing to deliver on his promise to lead Britain out of the EU on Oct 31, with or without a deal. Seeking to avoid a no-deal exit, House has passed a law compelling him to ask Brussels to postpone the departure until Jan 31 if no deal has been reached by Oct 19 or if House has not approved leaving without a deal by then. So, what may Johnson’s next move be?

GET A NEW DEAL: Johnson’s aim is to persuade the EU to give him a new deal on October 17-18. If he is able to secure new terms and then win House approval, Britain can leave on October 31 with a deal

IGNORE THE LAW: Ministers have said they will respect the law, but also that they want to “test to the limit” exactly what it requires. Disobeying the law could land the PM in court or even prison

SEND 2 LETTERS: The law specifies the exact wording of the letter that Johnson has to send to the EU, but it does not exclude the possibility of sending a second letter setting out a different position

VETO THE EXTENSION: Any EU move to grant a Brexit extension would require agreement from all members. While other EU members are unhappy at another delay, they are unlikely to veto any request and be held responsible for a no-deal exit

RESIGN: Johnson could choose to resign rather than send the letter requesting an extension